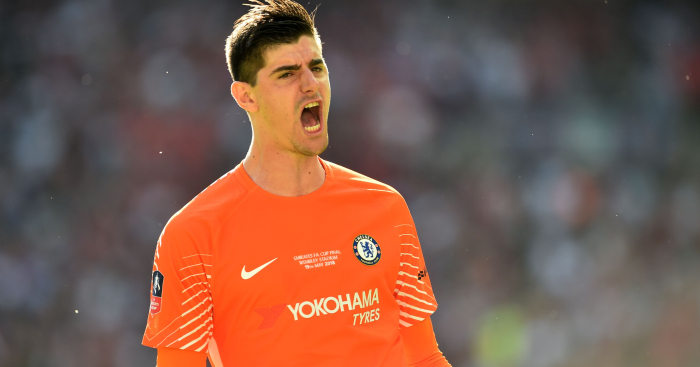 Chelsea have reportedly put any deal to sell Thibaut Courtois to Real Madrid on hold until they find a replacement.

Real are keen to land the Belgium Golden Glove winner as they look to strengthen their goalkeeping options. The Champions League winners were interested in David De Gea and Alisson, but with De Gea remaining at Man Utd and Real unwilling to match the £67million price Liverpool are prepared to fork out for Alisson, their attention has turned to the Chelsea keeper.

Courtois has entered the final year of his contract at Stamford Bridge and there is no sign of an extension being agreed. Indeed, the 26-year-old has repeatedly stated his intention to one day return to La Liga where he spent three years with Atletico Madrid before ousting Petr Cech as the Blues’ No.1.

Chelsea have no desire to lose Courtois for nothing in a year so the club are willing to sanction a deal with Real which could be worth £35million, according to Goal. But the Blues are unwilling to finalise the agreement until they have sourced a replacement.

Former Chelsea keeper Petr Cech has bene linked with a return to Stamford Bridge, while the Blues also have an interest in Leicester stopper Kasper Schmeichel.