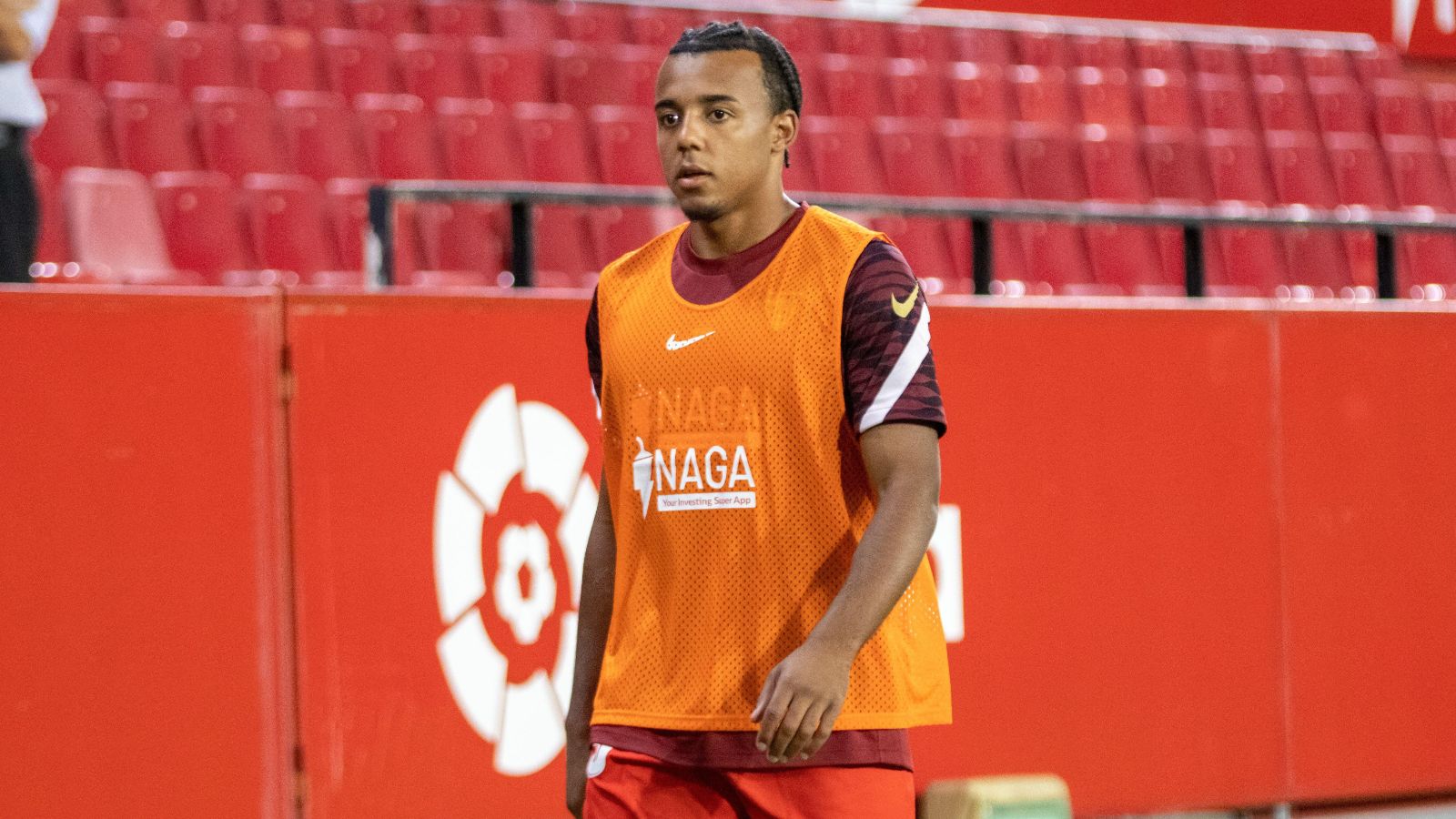 According to reports, Chelsea and Sevilla have a “verbal agreement in place” for FC Barcelona target Jules Kounde.

The Blues have consistently been linked with the defender over the past year. He helped Sevilla win the Europa League at the end of the 2019/20 campaign.

Kounde has managed to play 133 times for the La Liga side in three seasons as he has established himself as one of the best centre-backs in Spain.

Chelsea have identified him as one of their main targets this summer after Antonio Rudiger and Andreas Christensen left the club to join Real Madrid and Barcelona respectively.

CBS Sports reporter Ben Jacobs is now reporting that Chelsea and Sevilla have a “verbal agreement” and “advanced talks” are ongoing to “finalise” the transfer. The player is valued at £55m (€65m).

Barcelona are also interested in the defender, though they have not yet made a “formal counter-offer”.

Jacobs adds that Kounde has “already agreed personal terms” with Chelsea. They are said to be “more preferable” than the deal offered by Barcelona.

If he joins Chelsea, Kounde will be the second centre-back Chelsea have signed this summer. They have already brought Kalidou Koulibaly from Napoli for £34m.

Chelsea face Charlotte FC in their next pre-season friendly. The game gets underway in the early hours of Thursday morning (UK time).

Blues boss Thomas Tuchel does not expect Koulibaly to make his debut against the MLS side:

“We’re a bit torn so I have to speak to him about what we do,” Tuchel said (via Chelsea’s official website).

“He did some training sessions now with us but he’s still in a very individual programme so no double sessions on the pitch.

“He trains with the team but there are players who are in the third week of preparation and on a completely different level of physical foundation so it’s not a good match for him to straight away play.

“I don’t want to rule it out completely but it’s very likely that he maybe will not play and we will not see him on the pitch.”

He added: “I’m happy [to sign Koulibaly] because he’s a calm guy and we can see his quality on the pitch. He has a certain personality that you feel when he’s there and that is good for us.”