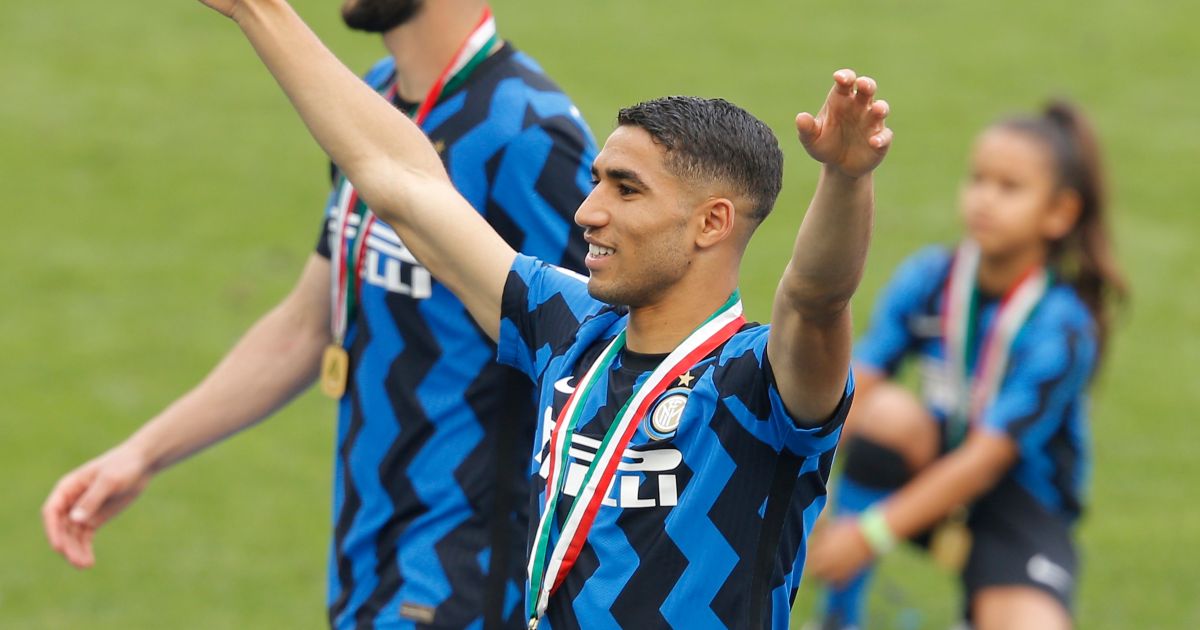 Chelsea are seriously considering a move to bring Inter Milan right-back Achraf Hakimi to the club this summer, according to reports.

Hakimi came through the ranks with Real Madrid and he played 17 times for them during the 2017/18 campaign.

With first-team opportunities hard to come by, the full-back joined Borussia Dortmund on a two-year loan ahead of the 2018/19 season.

His spell in the Bundesliga proved to be the making of Hakimi as he played 73 times for the German outfit across two seasons.

Hakimi’s loan spell concluded at the end of last summer and, with clubs around Europe interested, he eventually agreed to join Inter Milan for a fee believed to be around €40m.

And he has been in sensational form this season for Inter Milan, who lifted the Scudetto, contributing seven goals and eight assists in 37 Serie A appearances.

That has led to interest from a number of clubs, including Premier League side Arsenal, who are reportedly willing to pay £43m for Hakimi’s services.

But the Gunners’ London rivals Chelsea could swoop in and steal their transfer target with The Athletic claiming the Blues are ‘thinking of raiding the Serie A champions’ for Hakimi.

It is understood that ‘Inter’s well-documented cash-flow issues, exacerbated by the pandemic, saw them miss the first instalment of €10 million due to Madrid on the player’s transfer.’

A move for Hakimi has been ‘discussed extensively by the Chelsea hierarchy, scouting department and [Thomas] Tuchel’ with the report insisting that Reece James’ appearances at right-sided centre-back means ‘there would be a way of fitting both players into his line-up’.

Paris Saint-Germain have ‘expressed an interest’ while the report also touches on interest from Arsenal and points out that ‘a fee of around €55million (£47million) has been mooted’.

Meanwhile, the Morocco international’s agent Alejandro Camano insisted recently that “all players have a price” when talking about interest in his client.

Camano told Telelombardia: “In the future I don’t know, all players have a price and I believe that if all of Europe has seen Inter and their title-winning football, all the players will be taken into consideration.

“There is no situation at the moment (with Hakimi). I haven’t talked to any club and I don’t think Inter have either. It is a difficult time for football, there is a difficult economic situation.

“I think it is not possible today to say who will leave Inter to fix this difficult economic situation.

“He (Hakimi) is very young, joining Inter was a very intelligent decision. When the transfer window opens, we receive calls for all the players.

“The transfer market begins and if Inter are in trouble we will understand what to do. The market will tell.”