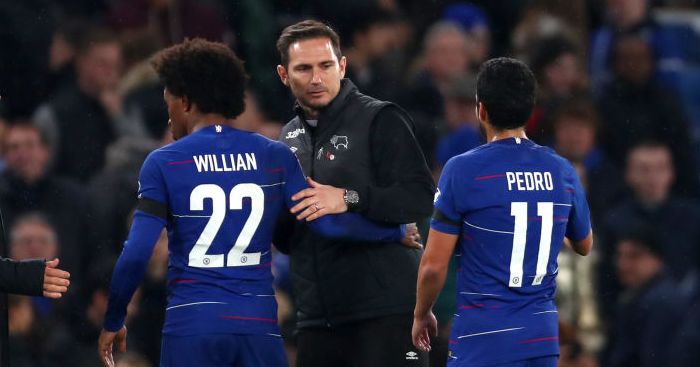 With Chelsea starting a FIFA-imposed two-window transfer ban this summer, the club are understandably reluctant to sell any player unless they absolutely have to.

Willian has just 12 months remaining on his contract at Stamford Bridge and, at 30, his value is likely to deteriorate in the coming years.

But Chelsea’s probable inability to sufficiently replace him with a new signing has seen them turn down two offers of £35m from La Liga.

Sky Sports say both Barca and Atleti have lodged offers for a player potential incoming Chelsea manager Frank Lampard said “could easily play in any team in the world” in March 2018.

Willian joined Chelsea from Anzhi Makhachkala just one year before Lampard left the club, but it is thought the 40-year-old would not want to lose him if, as expected, he is appointed Blues manager.

Barca have a long-standing interest in Willian, offering £50m for him in January and making three bids alone last summer.