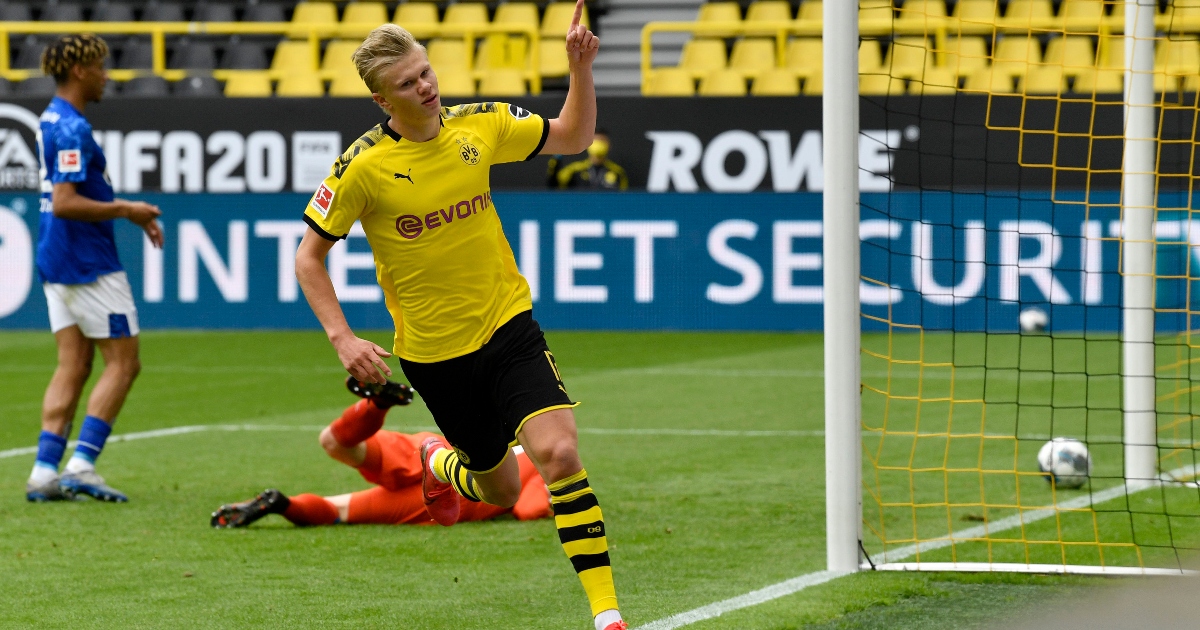 Chelsea will reject bids for Tammy Abraham as they reportedly want to use him as part of their ‘monster’ bid to land Erling Haaland this summer.

Roman Abramovich is desperate to secure the signing of Haaland from Borussia Dortmund this summer – ‘giving up is no alternative’.

A report on Wednesday claimed Chelsea are prepared to make an offer of up to £150million for the 20-year-old after holding ‘lengthy talks with Haaland’s camp’.

READ MORE: Tielemans could be the ‘heartbeat’ amid Liverpool uncertainty

And now the Mirror claims that Chelsea are rejecting the pursuits of both West Ham and Aston Villa for Abraham, as they may need the striker as a makeweight in any deal for Haaland.

Both Premier League clubs are said to have approached Chelsea over a potential move for Abraham, either on loan or in a permanent deal ahead of the coming campaign.

And the report claims Abraham is thought to be keen on a move to West Ham in particular.

The Blues are said to value Abraham – whose contract expires in 2023 – at £50million, an excessive figure given his lack of game time under Thomas Tuchel at the end of last season.

Haaland is one of the most sought after strikers in world football after scoring an incredible 48 goals in 51 games for club and country last season.

The forward returned to pre-season training with Dortmund this week but sat out their opening friendly against FC Giessen on Tuesday.

The club’s new sporting director, Sebastian Kehl, confirmed there was no change to their view on Haaland’s future, insisting that the club will be counting on him for the coming season.

He said: “There is nothing new on this matter. He is in our plans. Erling will return this week and he will be very hungry.

“He wants to play football, he feels comfortable with us and he will be eager to score many goals.”