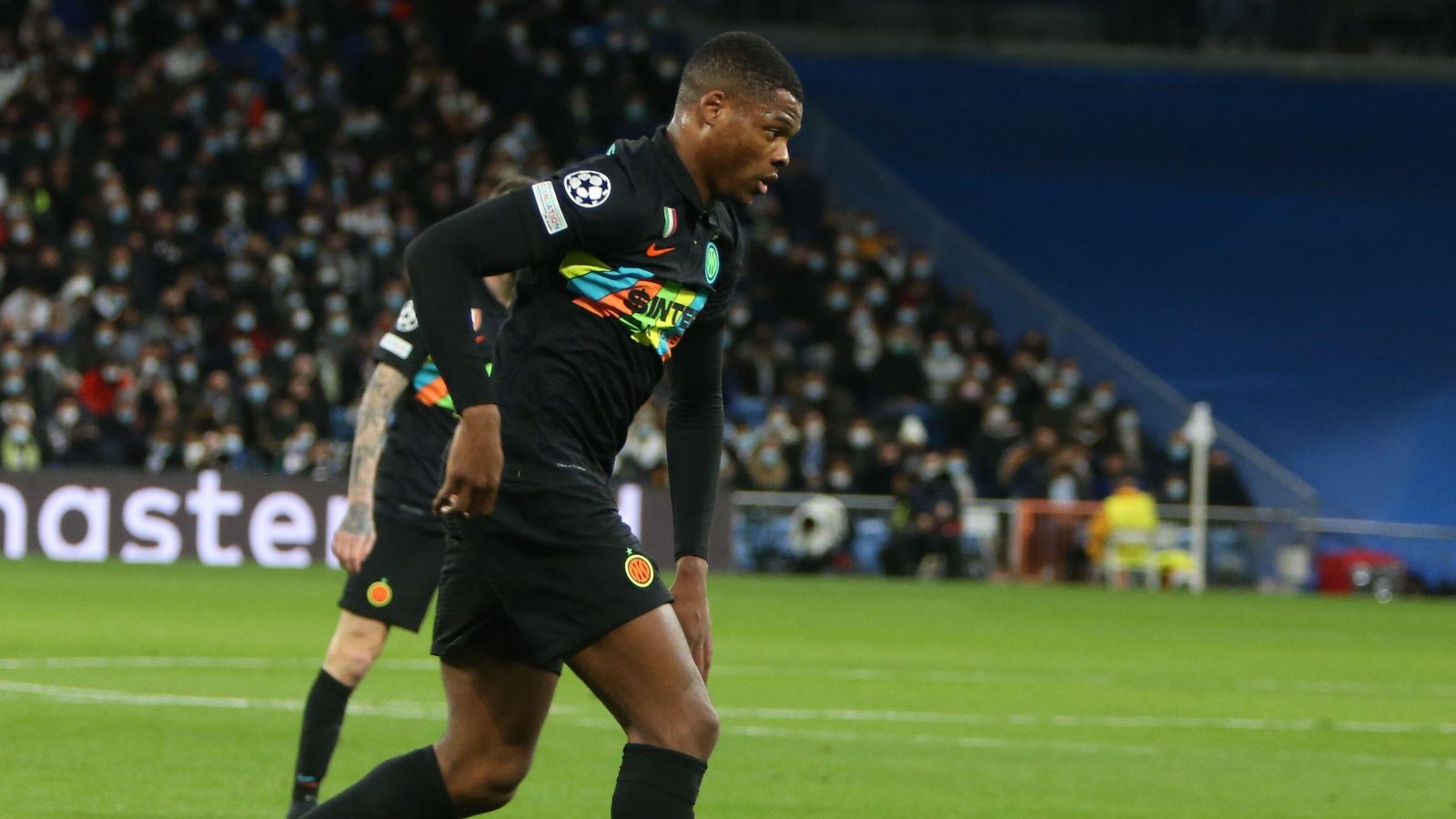 Chelsea have reportedly ‘sounded out’ Inter Milan about signing their full-back Denzel Dumfries this summer on a permanent basis.

The Blues are ramping up their summer transfer business ahead of the new season.

They are looking to better last season’s third-place finish in the Premier League.

Having finished 19 points behind Man City last term, they have a lot to do if they are to close in on their rivals.

They have looked to weaken City this summer by signing Raheem Sterling. They have also spent big to bring in Kalidou Koulibaly from Napoli.

The Senegal international has explained why he decided to join Chelsea this summer:

“It’s true that it is a long time that the Premier League wanted me to come,” Koulibaly said (via The Daily Mail).

“I believe in God and these things so the moment was now. Maybe before nobody was ready and Napoli didn’t want me to come.

“I am not a player that likes to go fighting with my club to leave. I have a lot of respect for the owner and supporters but I think that this time was a good time to leave Napoli.

He added: “And why Chelsea? They are the only club that wanted really to come. We had the first link in 2016 when [Antonio] Conte came here and wanted me to come.

“It didn’t happen but I was always linked to Chelsea and this time the stars were in a good line so I came here and I’m really happy to join Chelsea and the Premier League.”

The Londoners are in the market for a couple more defenders after Andreas Christensen and Antonio Rudiger departed.

Chelsea have been involved in a lot of transfer hijacks this summer and they are well-positioned to pull off one of their own to sign Marc Cucurella.

They are also challenging Man Utd for Dumfries. The Dutchman is one of the most exciting full-backs in Europe and he has continued to gain admirers after impressing at last summer’s European Championships.

Inter Milan only signed him last summer but given that they are struggling financially, they are open to sell him for €50m, according to Corriere Dello Sport (via Sport Witness).

Chelsea believe that Romelu Lukaku’s loan to Inter means they will be able to get a discount on Dumfries. Though that is likely just wishful thinking on their part.

A move is not imminent at this stage as Chelsea will only move for Dumfries if Barcelona are able to get their wish to sign Cesar Azpilucueta.

Inter recognise that cashing in on Dumfries would ‘considerably damage’ their team, but they may be forced to if a significant offer comes in.

Chelsea remain ‘vigilant’ on the player’s situation and they have at least ‘sounded out’ Inter regarding the signing.