Home All The News Chelsea legend: It’s the players that have changed, not Mourinho

"The players changed how they act and Mourinho now has to accept that's the way it is." 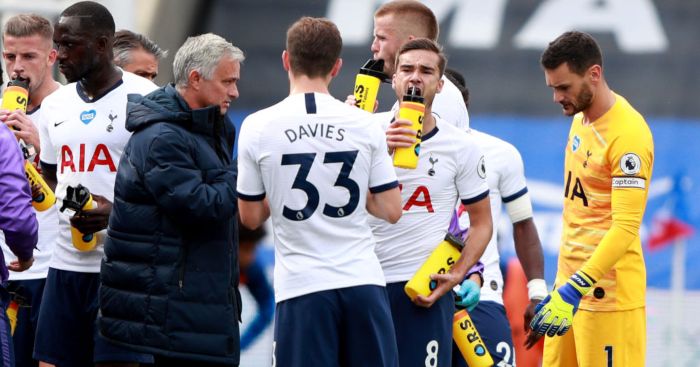 Mourinho has won multiple league titles in Portugal, England, Spain and Italy, while he has lifted the Champions League on two occasions with Porto and Inter Milan.

The latter end of his second spell at Chelsea and his time as Man Utd boss between 2016 and 2018 has led some to question whether Mourinho has lost his touch.

His start at Tottenham – who reached the Champions League final last season – has been unspectacular and Spurs fans will be expecting more next term.

“I think now the football is very different. The players have changed and they have more power. The players changed how they act and Mourinho now has to accept that’s the way it is.

“Sometimes, the problem comes from the way in which the players don’t accept who he is – he is like that because he wants to achieve and wants to win trophies.

“You have to accept the way Mourinho works. So, I think he knows his own way and he has been successful every year. I think it’s more a question of time in the beginning… and then he will get results.”