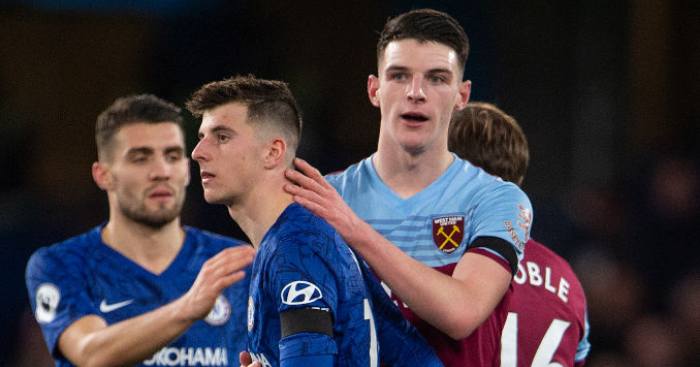 Chelsea will reportedly return to West Ham with a fresh bid for Declan Rice in January if they can sell two of their senior players.

Frank Lampard’s admiration of Rice is no secret with Chelsea approaching West Ham in the summer over a potential deal.

READ MORE: One per club: Worst transfer business of 2020

Various offers – including part-exchange deals – are said to have been discussed but the versatile England international stayed put and has been in superb form in the first part of this season.

Football Insider claim Chelsea are set to up the ante in January using funds from the sales of two senior stars.

The club are reportedly willing to listen to offers for Jorginho, Antonio Rudiger and Marcos Alonso.

The Hammers’ public stance is that Rice is not for sale and they are not encouraging bids but the report claims private conversations have taken place between the two clubs, with Rice privy to those discussions.