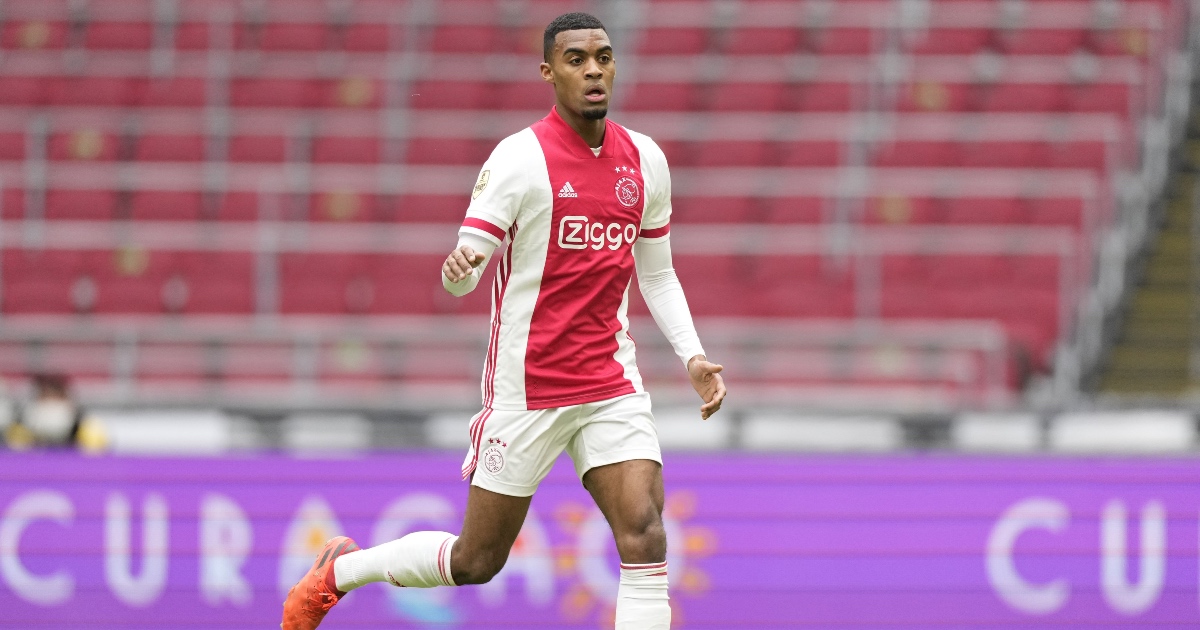 Chelsea and Liverpool are leading the race to sign £30million-rated Ajax starlet Ryan Gravenberch, according to reports.

The central midfielder is the latest player to graduate from Ajax’s famed academy into the first team.

His form this season has attracted interest from some of the Premier League’s biggest sides.

According to Italian source Gazzetta dello Sport (via Daily Mail), Chelsea and Liverpool will battle it out to sign Gravenberch this summer.

Chelsea boss Thomas Tuchel is thought to be a big admirer of the 18-year-old.

Blues scouts have earmarked Gravenberch as an ideal player to improve their midfield.

He could form a solid partnership with either N’Golo Kante or Jorginho in the centre of the pitch.

With Mason Mount moving into a more attacking position under Tuchel, there may well be an opening for Gravenberch at Stamford Bridge.

However, the Blues will face plenty of competition from Jurgen Klopp’s Liverpool for the Dutchman.

They see Gravenberch as the perfect successor to compatriot Gini Wijnaldum, who is poised to leave Anfield for free in the coming months.

Barcelona were the initial frontrunners to sign Wijnaldum due to Ronald Koeman’s strong links with the player.

They were even thought to have a deal ’95 percent done’ at one stage, although their interest has cooled off in recent weeks.

Inter Milan are now in with a chance of landing the creative 30-year-old.

Gravenberch might be brought in as his long-term replacement.

The report states that Ajax will consider offers of around £30million for their latest star.

The relatively low asking price, in today’s market at least, may tempt Liverpool into a deal.

Thiago Alcantara has failed to produce his best form since signing from Bayern Munich, while Naby Keita was poor on Tuesday night against Real Madrid.

Gravenberch has been in great form this term, scoring three goals and assisting five more from midfield in 25 Eredivisie appearances.

He also played in each of Ajax’s six Champions League group games, as they were eliminated on seven points.

Gravenberch opened his Champions League account with a goal in the 3-1 victory over FC Midtjylland in November.