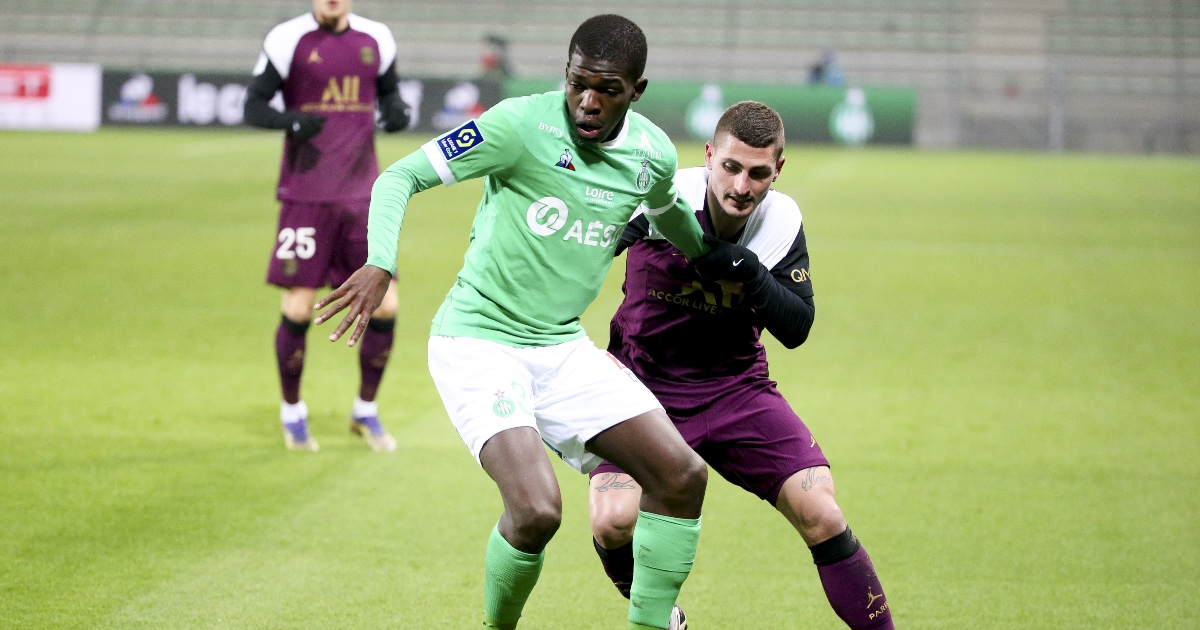 Chelsea are competing with Paris Saint-Germain for the signing of St Etienne’s Lucas Gourna-Douath, according to reports.

The 17-year-old is enjoying an impressive breakthrough season, having made 23 Ligue 1 appearances in 2020/21.

He appears comfortable in the French top flight and even starred against PSG recently.

According to sources in France (via Daily Mail), Chelsea are now weighing up a move for Gourna-Douath.

Club scouts have identified the player as a future star in central midfield.

The Blues could be tempted to move for him this summer, too.

It’s thought that St Etienne would accept an offer of £23million for their latest academy graduate.

While this may seem like a large sum for a young player, Chelsea could reap the rewards for years to come.

He would adapt to life in the Premier League quickly and may become a first team regular under Thomas Tuchel.

However, Chelsea will need to beat a host of European sides for Gourna-Douath’s signature.

PSG are firmly in the race to sign the youngster. The French giants caught their first glimpse of him in a 1-1 draw back in January.

Gourna-Douath played a full 90 minutes as St Etienne held PSG in the league.

AC Milan and RB Leipzig are the other big sides that hold an interest.

Leipzig have been known to develop talented wonderkids by giving them a platform in the Bundesliga.

That is another option for Gourna-Douath, should he want to delay a major move.

Chelsea will be encouraged by the French side’s long list of talented graduates.

Kurt Zouma started his career there before securing a move to Stamford Bridge in January 2014.

He’s gone on to make 139 appearances for Chelsea in all competitions.

Fofana picked up an injury in January but had been enjoying great success in the Foxes’ first team.