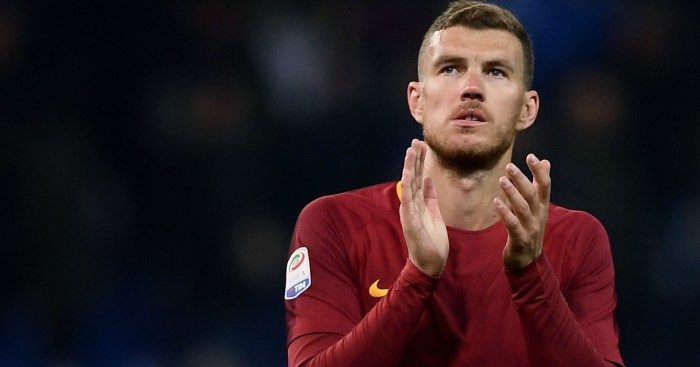 Roma chief Umberto Gandini has suggested that Edin Dzeko’s move to Chelsea could be being held up by the striker’s agent.

Former Man City centre-forward Dzeko has been heavily linked with a return to the Premier League, with Chelsea keen to strengthen their attacking options.

The 31-year-old featured in Roma’s 1-0 home defeat to Sampdoria on Sunday but Dzeko is said to be close to moving to Chelsea.

Roma chief executive Gandini admits the club are in talks over Dzeko but has hinted that the player’s agent may be holding up the deal.

Gandini told Sky Italy : “Dzeko? There are offers, we are in talks.

“Sometimes three people must agree a deal: the club, the player and somebody else who is close to the player…”