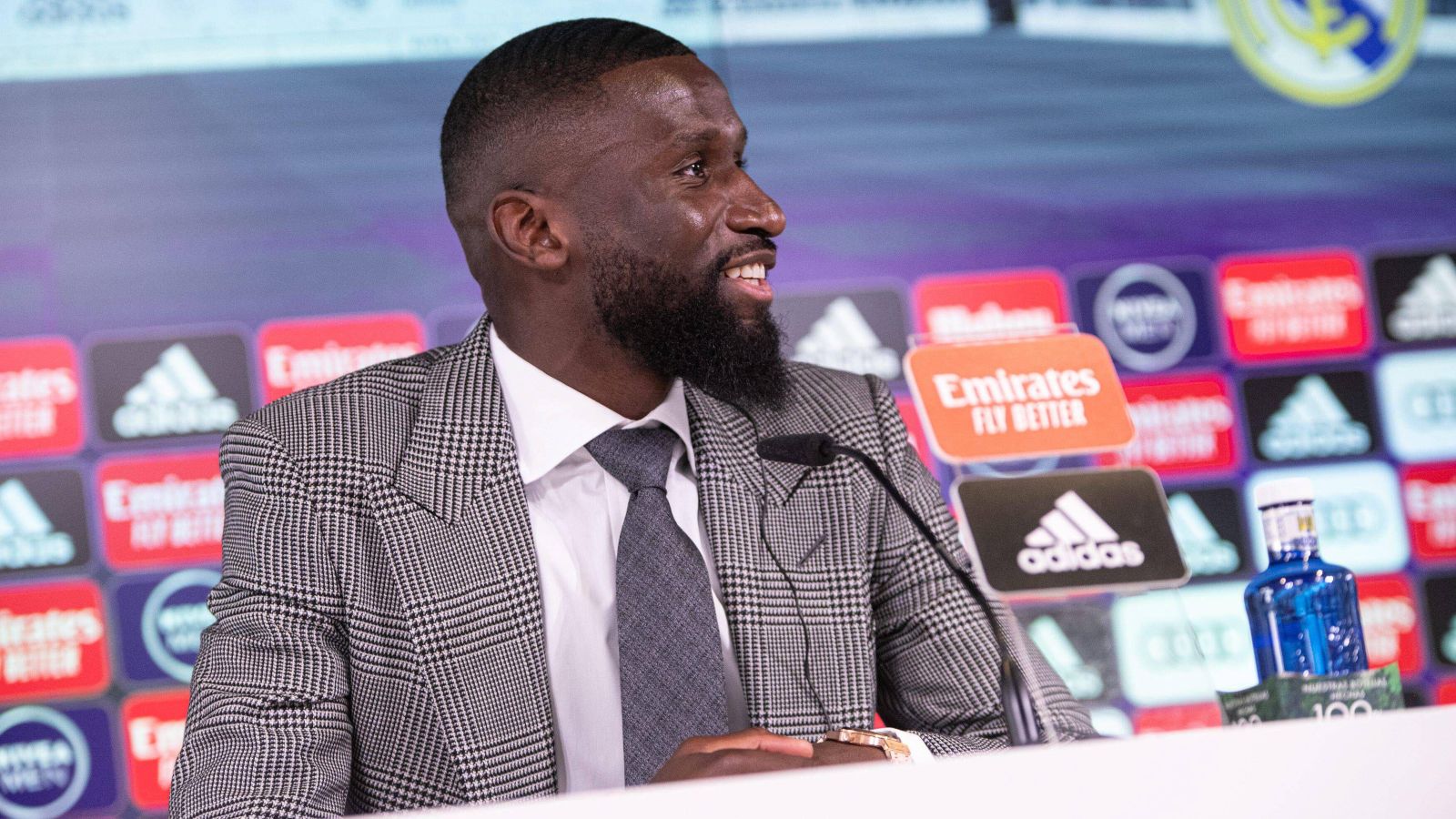 Antonio Rudiger said joining Real Madrid from Chelsea was a “huge step” as he revealed he rejected an approach from his new club’s bitter rivals Barcelona.

The 29-year-old defender was unveiled in the Spanish capital on Monday afternoon having signed a four-year contract to move to the European champions on a free transfer.

Rudiger, who turned down a lucrative new deal to remain at Stamford Bridge, had been in demand across Europe but insisted he was never tempted by advances from Barca.

The Germany international is relishing the opportunity to represent LaLiga giants Real and was reminded of the immense responsibility of doing so by a trip to the club’s trophy cabinet.

“Yes, there was interest from Barcelona,” he told a press conference. “But I told my brother it was Real Madrid or nothing.

“What I can promise is, I will give everything for the club and I want to win as many trophies as possible.

“You come to a big, big, massive club – that’s a huge step for myself. But I try to enjoy the pressure.

“I see myself as fortunate to be here, to do what I love.

“I was in the trophy cabinet of Real Madrid and there the pressure starts. This is something that you cannot run away from. You have to try to enjoy it.”

His agent was first in contact with Real last September before a conversation with new manager Carlo Ancelotti in April convinced him to move to Santiago Bernabeu.

However, he did not seek advice from former Chelsea team-mates Thibaut Courtois and Eden Hazard or compatriot Toni Kroos about the switch.

“That was the most important moment to speak with Mr Ancelotti and then I made also made my choice that I want to play for this club and under him,” said Rudiger.

“The conversation was that he wants me, he trusts in my abilities and that I can be very helpful for him and to the team.

“At my age, where I am right now, this is enough. And, at the end of the day, it’s Mr Ancelotti.

“You know in Madrid, you will have competition and in general nothing is guaranteed so you have to fight for your place and that is why I am here, I am ready to do that.”

Rudiger was joined in Madrid by his wife, children, parents and brother.

Club president Florentino Perez said representing Real will be the “biggest challenge” of the player’s career.

“This club attracts the best players in the world,” said Perez. “We are proud that this is the case and today is another example as a world-class footballer is joining.

“You could have chosen any of many great clubs but you selected Real Madrid. Hopefully we can give you that opportunity to triumph where other clubs can’t.

“This will be the biggest challenge of your career. Now you’re going to write another page in your history book. Lots of responsibility comes when you join this club and bear the Real Madrid emblem.”