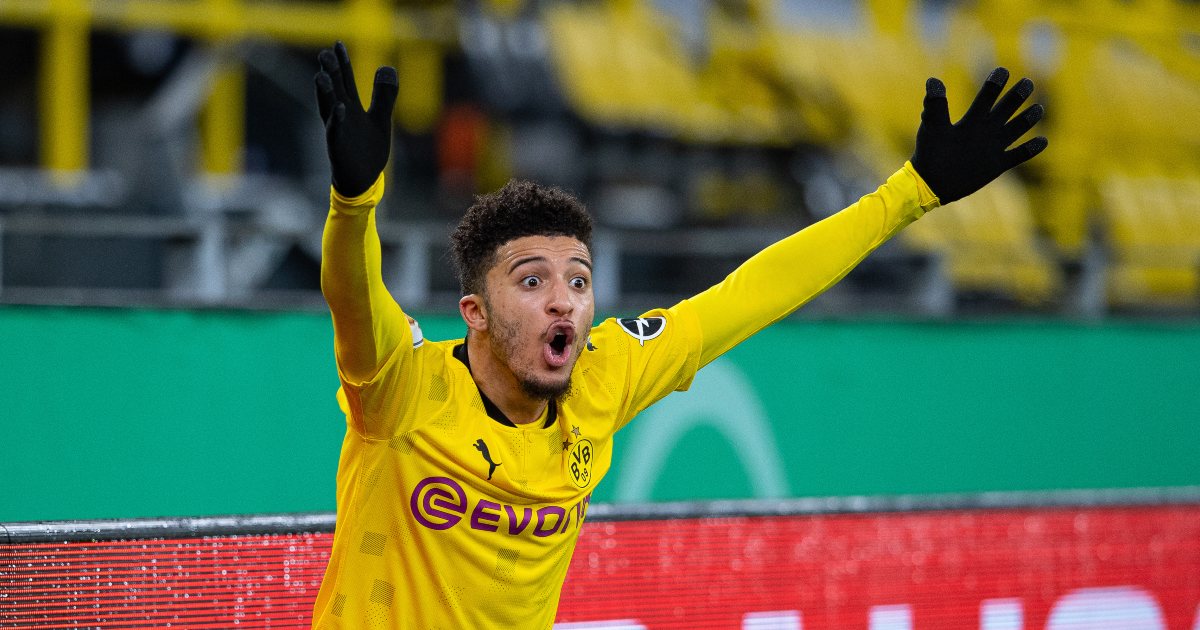 Chelsea have reportedly entered the ‘fight’ with Liverpool and Manchester United for Jadon Sancho this summer.

The England international has been the subject of transfer speculation for the last two seasons with United coming close to securing a deal for the winger last summer.

Ole Gunnar Solskjaer is still said to be keen, but so too is Thomas Tuchel.

According to Bild (via the Daily Mail), Tuchel is lining up a raid on his former club, with Chelsea set to test Dortmund’s resolve.

It is believed that the Bundesliga side have a gentleman’s agreement with Sancho that will allow him to leave in the transfer window for the right price.

They were demanding £107million last summer, but the report claims a fee of £78million would now be enough to start negotiations.

Chelsea spent over £200million last summer but Tuchel is expected to be handed a big transfer pot following his impressive stint in charge this season having taken over from Frank Lampard.

He has guided Chelsea into the final of the FA Cup, the semi-final of the Champions League and into fourth in the Premier League.

As well as Sancho, the Blues are thought to be very keen to bring in a top striker this summer, with Timo Werner failing to reach expected heights having joined last summer.

Sancho’s Dortmund teammate Erling Haaland has been linked but the German club insist he is going nowhere this summer.

There are also rumours of a return to Stamford Bridge for Romelu Lukaku, who has scored 61 goals in 92 games for Inter Milan in the last two campaign and has played a significant role in their Serie A title win this season.

And Roman Abramovich has reportedly given Chelsea the green light to go ‘all out’ to re-sign Lukaku for £105million.

But Chelsea may also find it diffcicult to lure Lukaku away from Inter – a club he is “truly proud” to play for.

The 27-year-old waxed lyrical the Serie A giants following their title triumph under Antonio Conte.

“I am so happy for all the Inter fans in the world, for the team, the staff, the president and everyone,” he said.

“For me and many of my team-mates, this is our first league title, so it’s a moment we wanted to share with them.”