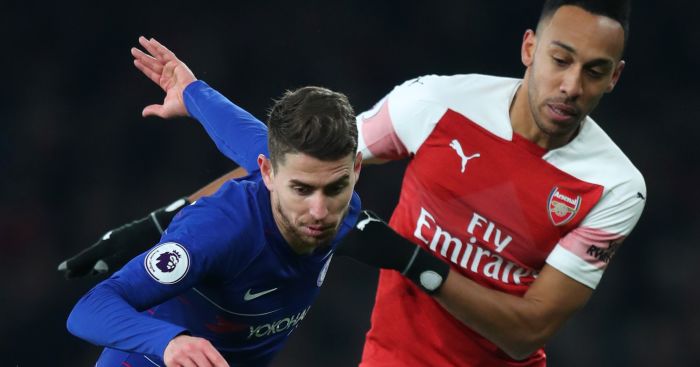 The Blues have only scored five goals in their last seven matches that the Italy international has played and he has face criticism as Maurizio Sarri’s side have struggled to create chances.

Jorginho has not made one assist all season despite breaking Premier League records for his levels of passing.

And Cascarino feels sorry for the summer purchase from Napoli as he thinks Jorginho has become a “scapegoat”.

“The atmosphere towards him at Stamford Bridge, the finger is pointed at him and I feel sorry for him because it’s not just him.

“But he was bought for a lot of money and other clubs wanted him.

“But I look at him and I just think, ‘wow, you look like a five-a-side player!’

“He’s light, he’s got a great touch and moves it around, but any team that smothers him, gets onto him and press him, Chelsea really do struggle then to get the ball to any position and look like a dangerous side.”