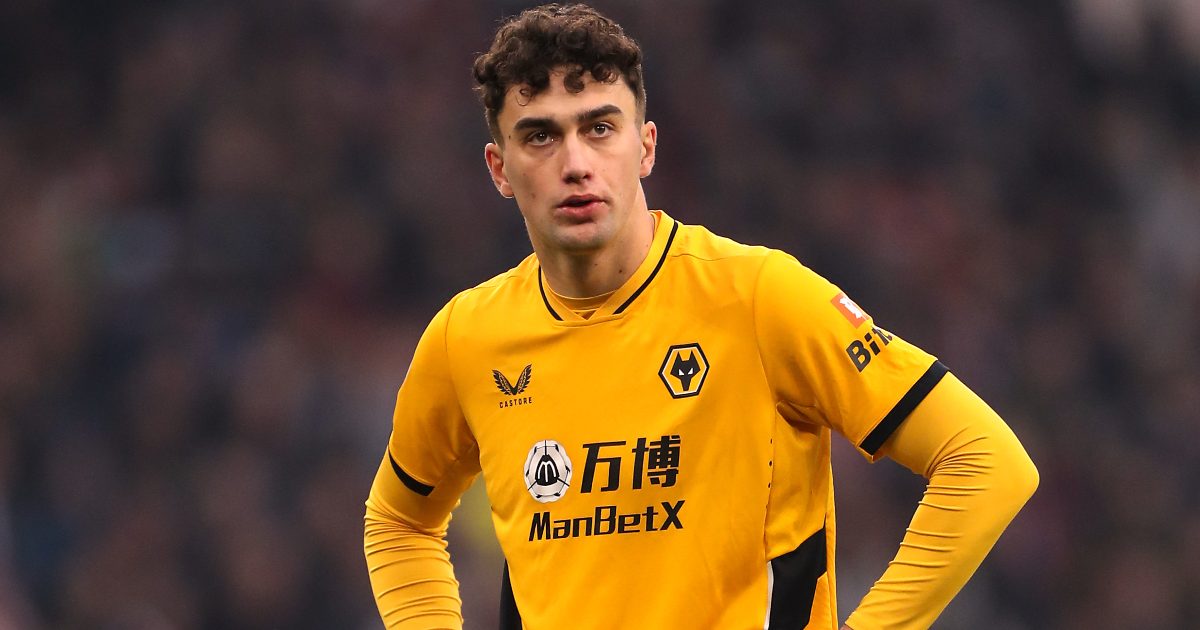 According to reports, Chelsea scouts have been watching Wolves defender Max Kilman and they are ‘considering’ a move for him this summer.

Kilman made the move to Wolves in 2018 from non-league side Maidenhead United. He has been a regular for the Premier League side over the past couple of seasons.

The 24-year-old has been one of Wolves’ standout performers this term as he has played 27 times across all competitions.

Bruno Lage’s side are enjoying a great season. They sit seventh in the Premier League.

The West Midlands outfit are six points behind fourth-placed Man Utd but they have two games in hand over the Red Devils.

talkSPORT are reporting that Chelsea are ‘considering a summer transfer bid’ for Kilman. This comes as Antonio Rudiger, Andreas Christensen and Cezar Azpilicueta are out of contract in June.

The report adds that Chelsea scouts ‘have been watching Kilman in recent weeks’. They are said to have been present as Wolves beat Leicester City 2-1 on Sunday.

Elsewhere, Thomas Tuchel admitted Romelu Lukaku’s lack of touches during the 1-0 win over Crystal Palace showed he was “obviously not involved”:

“I am not so sure if I have a good answer to your question. I don’t know what it says. It says [Lukaku] was obviously not involved and could not make a point. I am not sure if it says so much about us in general,” Tuchel replied.

“We look a bit drained, a bit exhausted, and you can see everybody tries hard. Everybody is looking for the flow where you try hard but nobody sees you are trying hard.

“We are looking for it but in this moment we struggle, which is not a bad thing. Everybody wants to be part of it and everybody gives their best but we do struggle a bit. For that it is important to win and keep a clean sheet so we keep on going.”

After beating Palmeiras to become world champions, Chelsea had a full week to get ready for the trip across the capital but Tuchel pointed out preparation was far from normal.

Tuchel added: “You have no idea how a week like this works because we come from a 30 degree temperature difference. We have six players who have a cold from the AC (air conditioning) on the plane, we have jet lag that the guys have. No players who slept well in Abu Dhabi because of the temperature and the time difference.

“If you think we have a normal week to prepare, I can tell you it is not like this.”