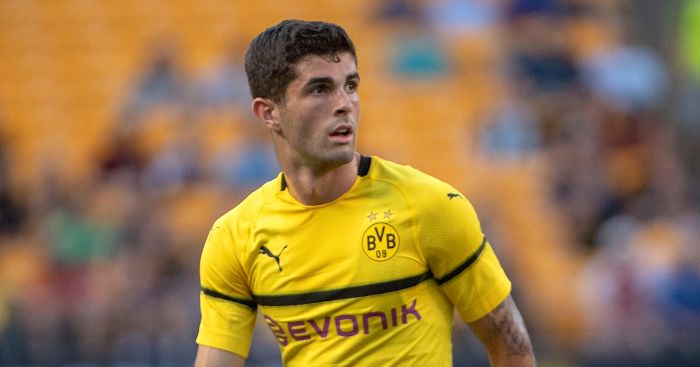 Borussia Dortmund midfielder Christian Pulisic has joined Chelsea but will be loaned back to the German club for the remainder of the season, the Bundesliga outfit have announced.

The USA international will join up with Maurizio Sarri’s squad in the summer after being loaned back to Dortmund for the remainder of the 2018/19 campaign.

“BVB have agreed a transfer for Christian Pulisic Chelsea FC with immediate effect,” a statement read on Dortmund’s Twitter on Wednesday.

“Chelsea, in turn, will lend the 20-year-old to BVB until the end of the season.”

Pulisic has struggled to nail down a place in the starting XI for Dortmund this season due to the emergence of Jadon Sancho, with just five Bundesliga starts to his name.

Pulisic’s contract with Dortmund was due to expire in 18 months and the club say he was reluctant to sign a new deal.

“That certainly has to do with his American background, and as a result we were unable to extend his contract. Because of this, we have decided to accept an extremely lucrative bid by Chelsea, given the low contract security.”

He joined Dortmund as a youth player in 2015 and has made just over 100 appearances for the club.

With the youngster moving to Stamford Bridge, it looks more likely that Eden Hazard could be on his way out in the summer.