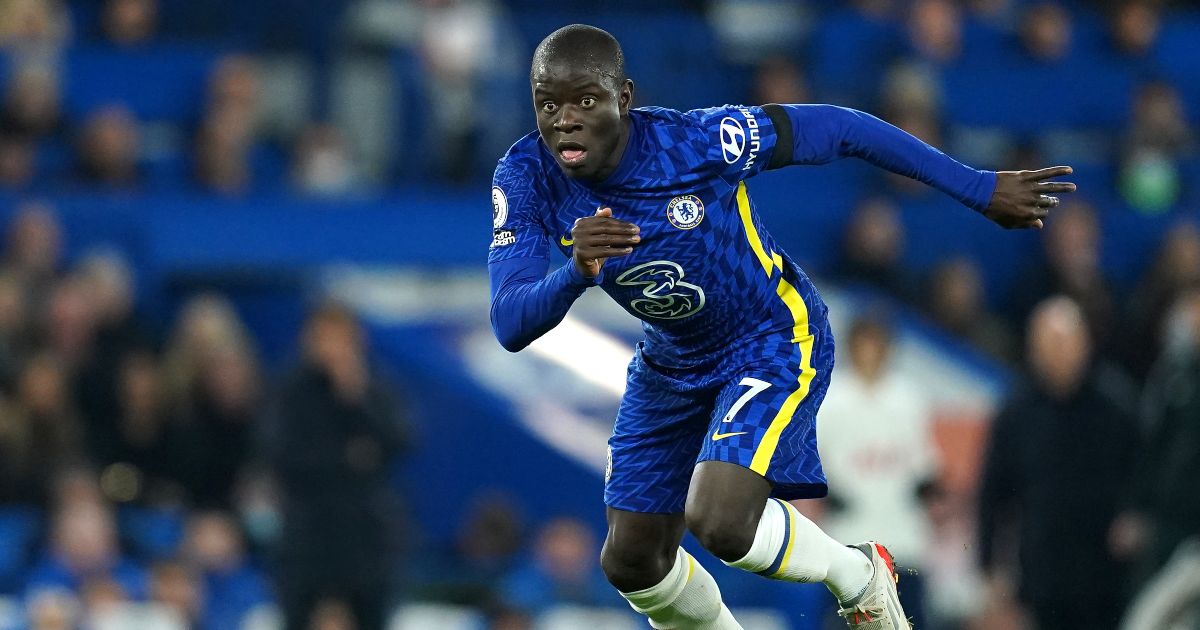 Chelsea would have to sell N’Golo Kante in the summer if they want to bring in Man Utd target Declan Rice, according to reports.

The Frenchman has been a key part of the Blues’ success over a the past five years, winning a Premier League, an FA Cup, a Champions League and a Europa League during his time at Stamford Bridge.

Kante has played 239 times for Chelsea since joining from Leicester City in 2016 after winning the title with the Foxes.

But now the Daily Mail claims that the Blues ‘would need to sell’ Kante ‘to free up space in Rice’s position but that is a possibility with the French World Cup winner now in his thirties’.

Man Utd ‘face a fight’ from Thomas Tuchel’s outfit for Rice – who is the Old Trafford recruitment team’s number one summer target – with the England international ‘waiting to find out the level of interest from boyhood heroes Chelsea’.

The Red Devils are ‘ready to step up interest’ for Rice with West Ham putting a £100m price tag on his head after another impressive season from the 23-year-old.

Rice would ‘ideally love to return to Chelsea’ with the midfielder ‘spending most of his free time in Kingston-upon-Thames where he grew up a few miles from Stamford Bridge’.

Speaking over the weekend, West Ham boss David Moyes insists the £100m price for Rice last summer was “cheap”, hinting that he could cost more this time around.

“Maybe people don’t have enough to write about,” Moyes said on Saturday. “That might be where that comes from, I don’t know. But look, I can’t do anything about what people write about Declan Rice.

“I can’t stop that, except say to them that you will need humongous money to get close. That’s what you would need to do. They can write all they like, but he’s here for certainly a few years.

“When you’re 23 years old and you’re playing a number of games, there’s a lot of room for that to improve.

“If you look at the England squad in the Euros who lost in the final, it would be hard to suggest that Declan Rice hasn’t played as well as any other England player since those finals.”