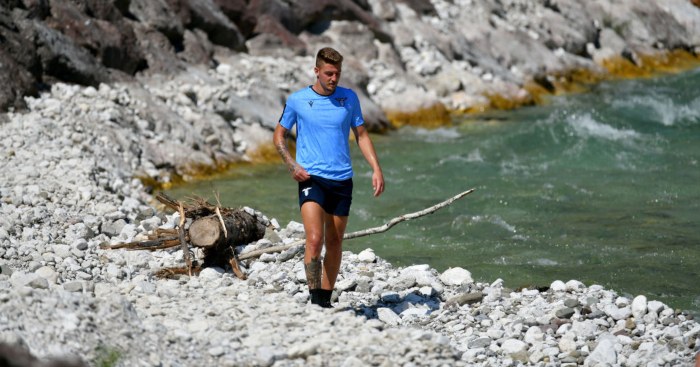 Chelsea are looking to seal a move for former Man Utd target Sergej Milinkovic-Savic, according to reports in Italy.

The Lazio midfielder was linked with a move to Old Trafford last summer as Pogba looked to force through a move to Real Madrid.

But Man Utd were reportedly forced to pull out of a move for Milinkovic-Savic, with Pogba’s move away falling through.

The 25-year-old has five goals and four assists in 28 Serie A starts this season, helping Lazio climb to second in the table where they sit seven points behind Juventus.

As recently as April Man Utd were linked with Milinkovic-Savic, with reports at the time suggesting that the Red Devils can expect ‘no discounts’ in their pursuit of the midfielder.

Frank Lampard has already secured summer deals for Ajax’s Hakim Ziyech and RB Leipzig’s Timo Werner and was believed to be in the market for a left-back.

A move for another attacking midfielder would be a surprise but the report adds that the ‘next weeks will be decisive’ in Chelsea’s pursuit of the Serbia international, with the club ready to ‘measure the temperature of Sergej and his entourage’.

The  €100m asking price when Man Utd were interested in the midielder ‘is no longer relevant’ and will likely be lower.