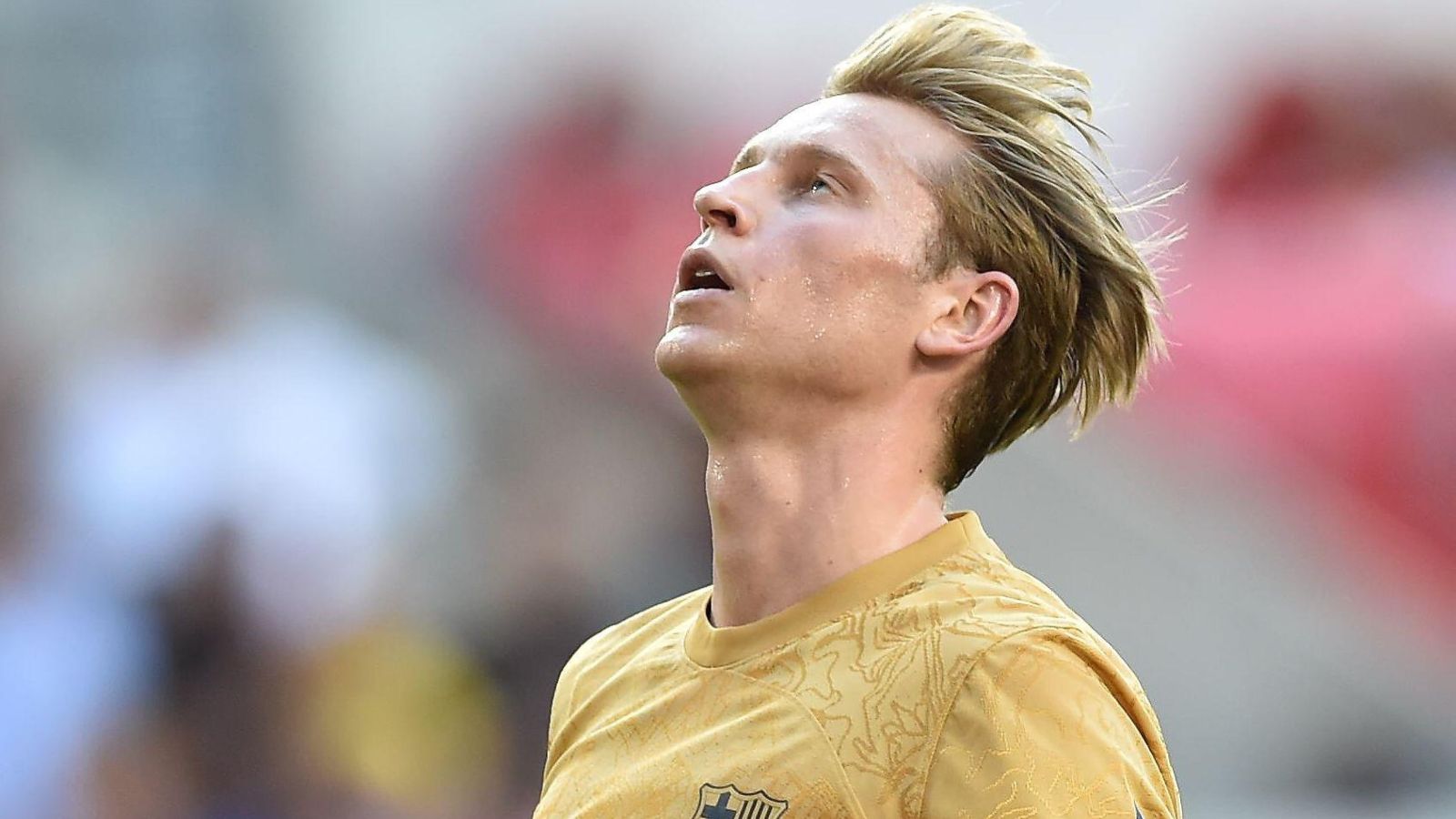 Chelsea have reportedly told Barcelona they will have to pay €25m (£20.9m) to land wantaway pair Marcos Alonso and Cesar Azpilicueta this summer.

The Spanish duo are both said to be keen on a move to the Nou Camp and the chances of them leaving are said to have increased duo to Chelsea’s ‘serious interest in signing Frenkie de Jong’, according to Mirror.

De Jong has been Manchester United’s priority signing this summer, but Chelsea are now thought to be in the mix to sign the Dutch midfielder.

A report on Wednesday claimed talks between Chelsea and Barcelona over a move for the midfielder have ‘reached new levels in the last few days’, with United ‘weighing up’ whether to walk away from the deal.

But in this contrarian summer of De Jong reports, The Athletic claim United are still confident of securing De Jong.

Anyway, Chelsea could well hold an advantage over United with Barcelona after their defensive pair.

Spanish outlet SPORT claim the Catalans were hoping not to pay more than  €10m (£8.4m) for either Azpilicueta or Alonso, while Chelsea are holding out for €25m (£20.9m) for the pair.

And it’s thought the clubs could agree a swap deal which would see Chelsea offer £50m plus Azpilicueta and Alonso for De Jong, to match the £71m fee United have already agreed for the Dutch international.

The deal may also depend on Chelsea’s ability to sign replacements, with Wesley Fofana and Marc Cucurella the preferred options of Thomas Tuchel and owner Todd Boehly.

Fabrizio Romano claimed Cucurella was a done deal before Brighton called bullsh*t, though it’s thought negotiations over Levi Colwill moving in the other direction are preventing a formal announcement, which is expected soon.

Fofana meanwhile is keen on a move to Stamford Bridge, presumably because he wants to be rescued from Leicester’s sinking ship, with the Foxes said to want £70m for the centre-back.

Another surprise potential option in negotiations with Barcelona could be Pierre-Emerick Aubameyang.

As reported in the gossip on Thursday, according to Fabrizio Romano, Chelsea are ‘considering’ signing Aubameyang and ‘discussions’ have started with the player.

Tuchel and Aubameyang worked together at Borussia Dortmund and the German boss remains a big fan of the striker who was ostracised at Arsenal by Mikel Arteta, before scoring 13 goals in 21 games for Barcelona in the second half of last season.