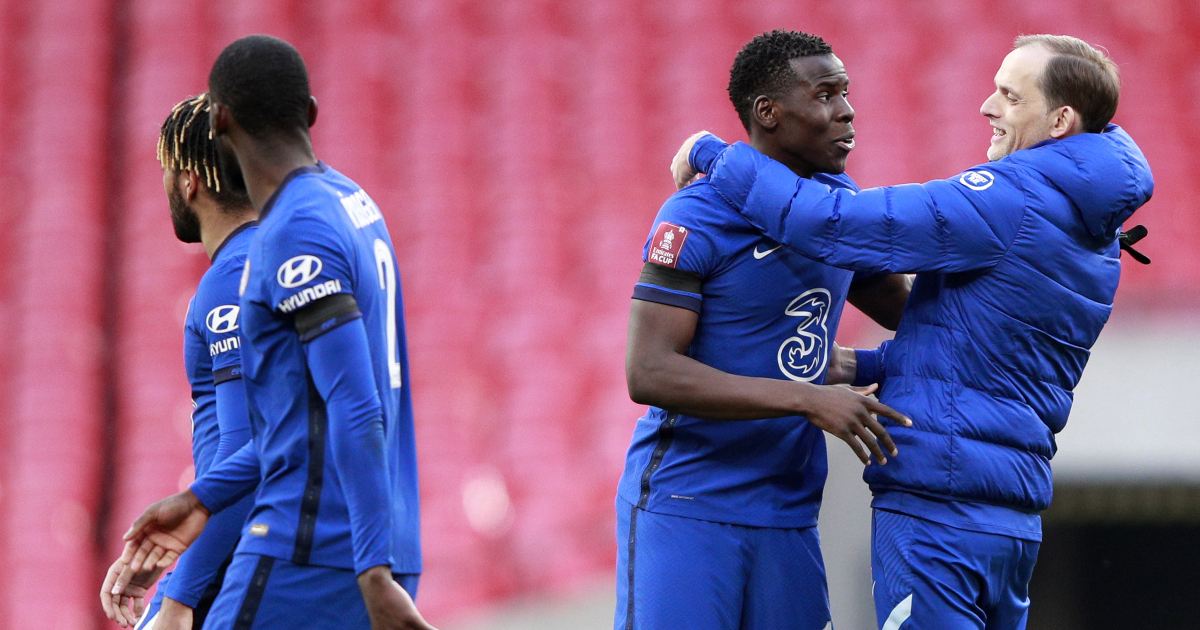 Chelsea will listen to offers for Kurt Zouma and prefer a permanent exit for the defender this summer transfer window, with Everton reportedly interested.

This is according to journalist Loic Tanzi, who say the Blues are looking to receive €30 million for Zouma.

The Frenchman fell down the pecking order at Stamford Bridge last season with the likes of Antonio Rudiger and Andreas Christensen being preferred by manager Thomas Tuchel.

Zouma was in and out of the starting line-up all season and didn’t feature in Chelsea’s Champions League triumph against Manchester City.

The Blues are actively searching for a new centre-back this summer, which should make Zouma’s departure even more likely.

Potential suitors for the defender include Everton, AS Roma and Tottenham Hotspur.

Roma, managed by ex-Chelsea boss Jose Mourinho, were reportedly interested in a loan deal, but the Blues want to sell the Frenchman.

Zouma spent the 2018/19 season on loan at the Toffees, and their previous relationship could make a transfer easier to materialise.

Elsewhere, Roman Abramovich is determined to bring Borussia Dortmund striker Erling Haaland to Chelsea this summer, according to reports.

The Norway international has scored 57 goals in 59 appearances for the Bundesliga outfit in all competitions, leading to interest from a number of top clubs around Europe.

Chelsea have been consistently linked with the Norwegian striker, though further reports suggested Haaland had reached a ‘total agreement’ with Real Madrid.

Manchester United and other Premier League clubs have also been linked but Haaland ‘expects to join Chelsea before the new season begins’.

Another report last Wednesday said that Chelsea were prepared to make an offer of up to £150m for the 20-year-old after holding ‘lengthy talks with Haaland’s camp’.

It is believed that Tuchel wants to sign the Norwegian ‘immediately’ despite Dortmund likely to resist any approaches this summer after agreeing to sell Jadon Sancho to Manchester United.

And now Bild (via Sport Witness) claims that Chelsea owner Abramovich is ‘apparently serious’ about Haaland and the German newspaper declares that ‘giving up is no alternative’ for the Russian billionaire.

Abramovich will allow the Chelsea recruitment team to spend €175m (£150m) on Haaland this summer but it does come with a catch for Tuchel.

To ‘partially offset the expenses’ of any deal for Haaland, Tuchel will have to balance the books by offloading some Chelsea players, which could explain why the club are looking to move Zouma on permanently, as opposed to a loan deal.