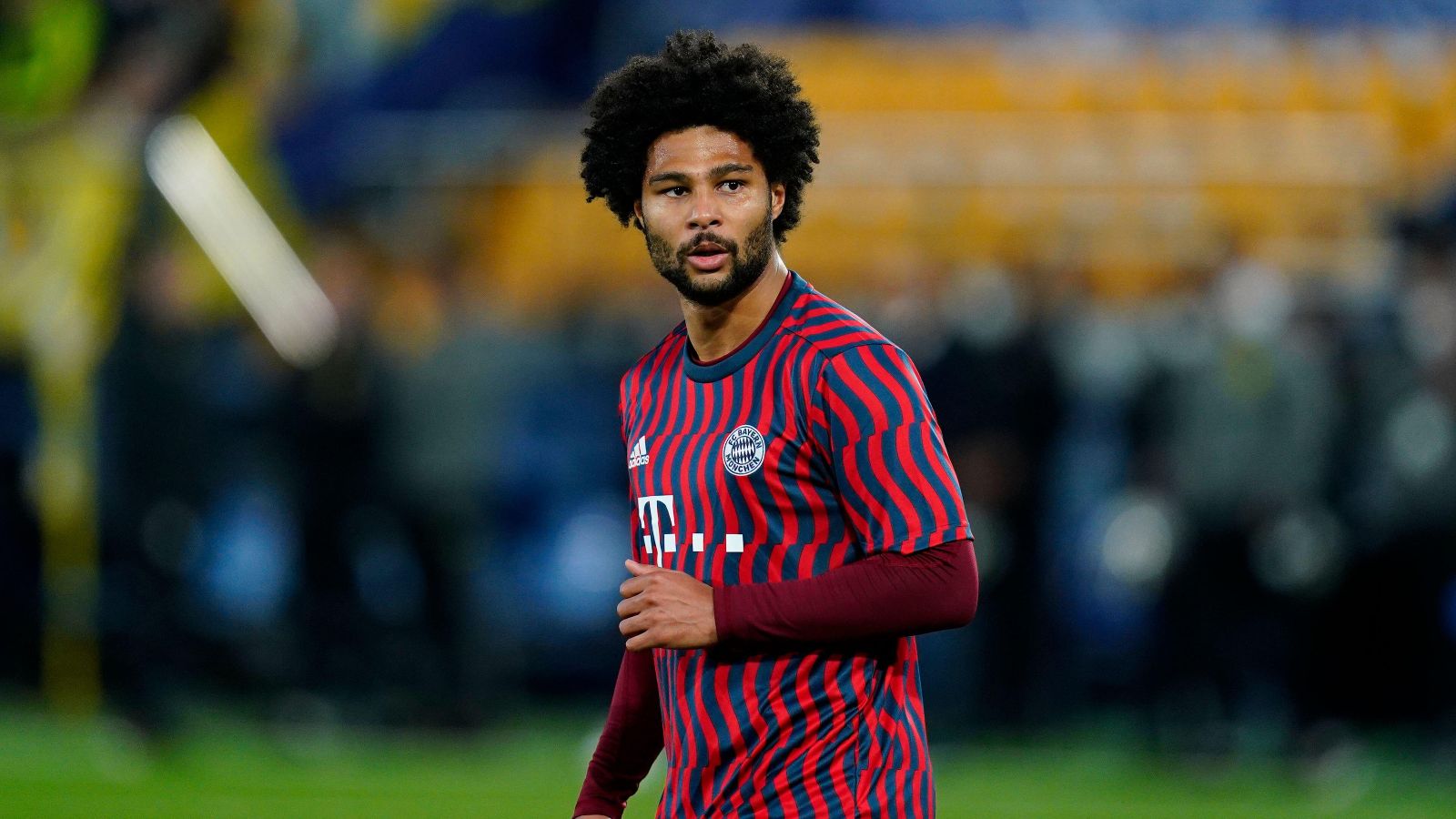 According to reports, Chelsea are ‘showing interest’ in Bayern Munich attacker Serge Gnabry after missing out on Leeds United star Raphinha.

FC Barcelona have stolen a march on their rivals though as they have now agreed to sign the winger for £46.5m.

Why Sterling will struggle at Chelsea, and snowflakes in the Premier League…

As an alternative to the Brazilian, Chelsea are ‘interested’ in Bayern Munich forward Gnabry – as per The Telegraph.

The former Arsenal youngster is out of contract in 2023 and he is valued at around £34m by Bayern Munich.

The report notes that Gnabry is considered to be an ideal replacement for Hakim Ziyech, who is likely to join AC Milan.

Thomas Tuchel ‘still wants at least one new forward’ ahead of next season. Gnabry has made a name for himself at Bayern, scoring 17 goals across all competitions last term.

Elsewhere, Declan Rice reportedly has a “gentleman’s agreement” with West Ham United that will see him remain at the club for one more season.

“It wouldn’t surprise him if he ends up at Chelsea in the long haul,” Crook told talkSPORT.

“People feel that he might have a bit of unfinished business there, possibly similar to Nathan Ake – it looks like he will be on his way back to Stamford Bridge from Man City.

“We know about his friendship with Mason Mount. Simon [Jordan] will probably tell you that that doesn’t really come into play when players pick their new clubs, but they do have a really strong bond.

“I think Declan Rice will give West Ham one more year.

“I think there’s almost a gentleman agreement that he will do that… although we know they don’t mean much in football from the Harry Kane saga last summer.

“I expect him to leave next summer and if Chelsea are a Champions League club, if they finish in the top four as I would expect them to, I think they’ll be right there knocking on West Ham’s door.”