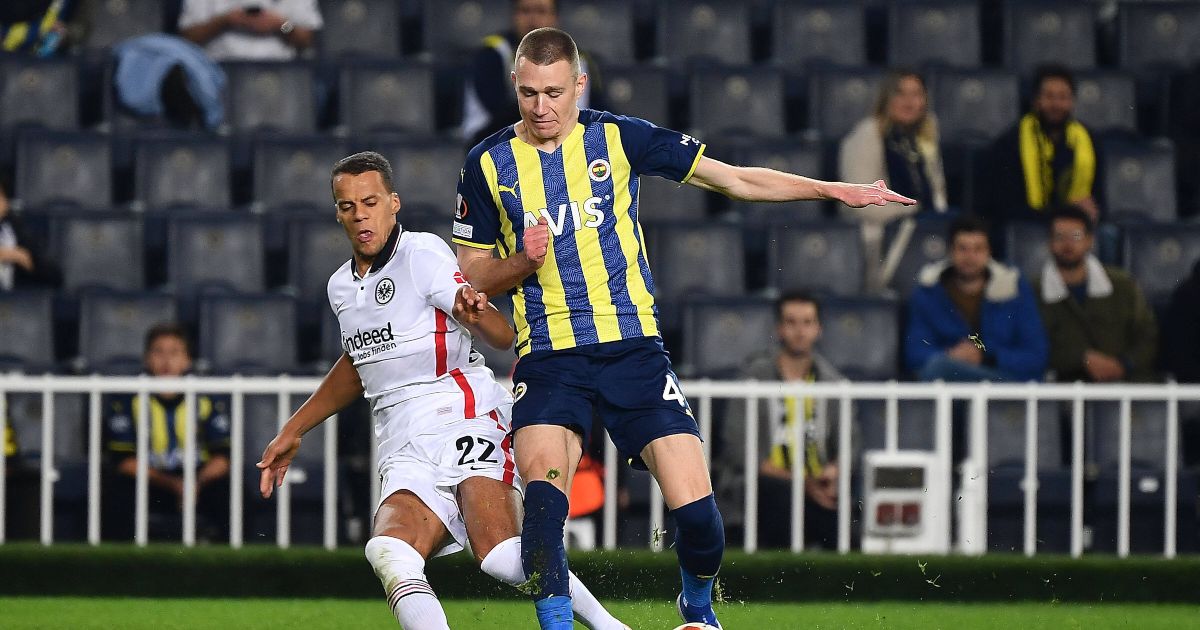 Napoli are trying to beat Premier League side Chelsea to Fenerbahce defender Attila Szalai, according to reports in Italy.

The Hungary international has impressed during his short time with the Turkish club after moving there this year from Cypriot side Apollon Limassol.

The manager of the Hungary national team, Marco Rossi, recently claimed that Szalai’s proposed move to Chelsea is a “done deal”.

“It’s hard to name just one player, but right now I see very well Attila Szalai, who plays for Fenerbahce, but I think he is joining Chelsea,” Rossi said.

“Clearly, he has been followed by important clubs in Spain, but apparently his move to Chelsea is a done deal. It would be a great player also for Italian football.”

However, that doesn’t seem to be the case if the latest reports from Calciomercato are to be believed with Italian club Napoli showing a strong interest in Szalai.

It is understood that the ‘sale could make the accounts breathe’ for Fenerbahce, who are suffering from the effects of the pandemic.

Napoli want to bring him to Italy with Szalai likened to Netherlands defender Virgil van Dijk, who the Italian website refer to as ‘a pillar of Liverpool’.

They stop a long way short of a ‘done deal’ with Chelsea and claim that the Premier League side ‘has been following him for some time’.

The Blues ground out a goalless draw at Molineux to slip six points behind leaders and defending Premier League champions Manchester City.

“We cannot be happy with this point looking at the table,” Rudiger told Chelsea’s official club website. “Of course it is not easy (in the Covid circumstances), definitely not. We still had a competitive team out there to do something.

“We should have provided more chances to score, and if you don’t bury your chances it’s difficult to win away. The first-half was very tough for us, they were controlling the game without looking dangerous.

“We didn’t have the chances, to be honest. The second-half we had a good uplift. But we have to do more, take more risk.”