It is also claimed that Messi rejected advances from Real Madrid president Florentino Perez the year before... 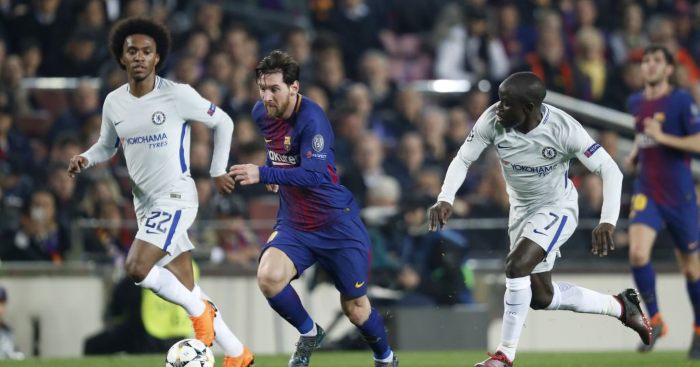 Chelsea almost pulled off one of the biggest transfer coups of all time when they came close to signing Barcelona superstar Lionel Messi in 2014.

Messi demanded to leave Barcelona this summer when it was reported that Manchester City were at the front of the queue to sign the Argentina genius.

But the Barca star backed down to avoid facing his boyhood club in court after the Catalans refused to allow him to leave for nothing.

And according to Sky in Italy’s Gianluca Di Marzio, it is not the first time Messi has come close to leaving the Camp Nou.

In his new book Grand Hotel Calciomercato (via Sky Sports), Di Marzio recalls “the biggest unknown tale in the transfer market” in which Chelsea were on the verge of landing Messi in 2014.

The Blues were prepared to activate his €250m release clause and pay the Argentina legend £50m a year to bring him to Stamford Bridge.

Jose Mourinho, who was Chelsea manager at the time, convinced Messi to sign for the west London club in a “box office” video call.

Personal terms had apparently been agreed but the deal fell through like “soap bubble that bursts and vanishes in thin air” because of the involvement of former Barcelona team-mate Deco and his father and agent Jorge.

The book also claims that Messi rejected advances from Real Madrid president Florentino Perez the year before Chelsea were interested in bringing him to the Premier League.