Home All The News Arsenal, Spurs and Chelsea ‘among clubs opposed to neutral venues’ 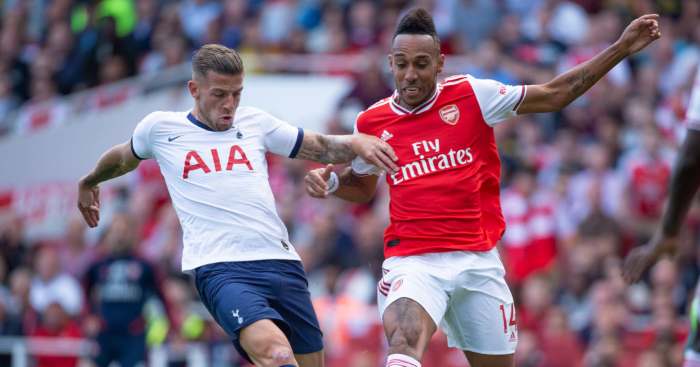 Chelsea, Tottenham and Arsenal are among a host of Premier League clubs opposed to the idea of using neutral venues to complete the season, according to reports.

Neutral venues are still the subject of “ongoing dialogue”, Premier League chief executive Richard Masters said on Monday, and he revealed some clubs feel their local police force would be able to do a better job of limiting the risk of home supporters gathering because of the existing relationship between them.

Masters said the issue of curtailment was raised for the first time in a meeting of club officials on Monday, but it is understood no discussions took place over any methods that could be applied – such as points per game and so on.

OPINION: In football, you only get one first impression…

Neutral venues continues to be a subject of debate among the clubs, although Masters was keen to point out that none of the club meetings he has been involved in over the last 18 months could be described as “fractious”.

It has been reported that clubs have asked the league to go back to Government and ask them to consider the season being played out on a home-and-away basis, and while Masters did not confirm that, he did say that the issue was still under discussion.

“It’s not a matter of convincing (the authorities to allow all Premier League stadia to be used), because we need to listen to each other,” he said.

“I think some of our clubs would argue that in relation to policing their own fans that they have a good relationship with them, and that they encourage their own fans not to turn up outside their home venues while they’re playing behind closed doors, and they’re in a better position to control that, but it’s not a matter of convincing, this has to be a decision that’s come to mutually.”

And now the Daily Mail claim that ‘at least two-thirds of the 20 clubs on Monday’s conference call — including Chelsea, Tottenham and Arsenal — expressed opposition to the plan to play all the remaining 92 matches at neutral venues’.

The report added: ‘While the bottom six have been clear all along about their hostility to the neutral grounds plan, they were joined on Monday by a number of bigger clubs further up the Premier League table.’