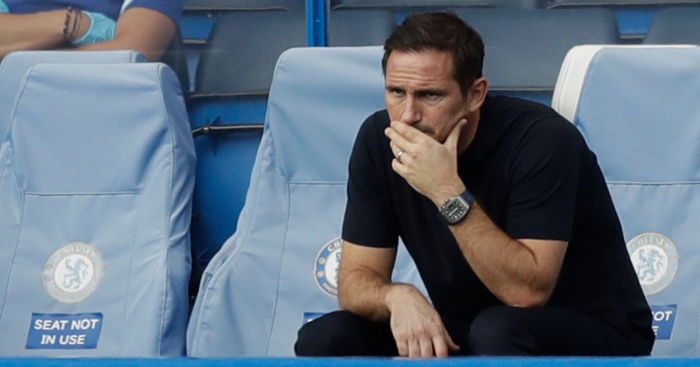 Frank Lampard reportedly gave Marcos Alonso a rocket in front of his teammates after the left-back tried to watch the second half of Chelsea’s 3-3 draw with West Brom from the team bus instead of on the bench.

The Athletic cite multiple sources in a report which claims Lampard confronted Alonso on Saturday evening after he discovered the Spaniard went to the team bus without permission having been taken off at half-time.

Mateo Kovacic was also taken off at half-time, but he took his place on the bench as he watched his side recover from 3-0 down to salvage a draw, while Alonso initially went to the team coach after taking a shower, before being spotted in the stands within 10-15 minutes of the restart.

The Athletic’s sources described Lampard as being “the angriest they’ve ever seen him” as he explained that Alonso’s actions illustrated he wasn’t bothered about the team and made the situation all about him.

One source explains: “The players were saying they have never seen the manager like this. It kicked off after the game and he was going mad at Alonso. Some were talking about how they’d be surprised if he plays for Chelsea ever again.”

The Spanish left-back was at fault for two of West Brom’s goals, while Thiago Silva’s slip gifted the Baggies the other.

Asked about the goals conceded, Lampard said: “They were clear mistakes. The first one Marcos heads it into the middle of the pitch for them for a transition. Thiago’s one is a mistake. He’s been around long enough to know that and we will certainly give him that one in his first game. And then Marcos loses his man for the third goal from the corner, a clear mistake. You can do as many meetings as you want, if you are going to make those mistakes you give yourself a mountain to climb.”