Home Mediawatch Lampard out? Not at ‘stable’, patient, holistic Chelsea 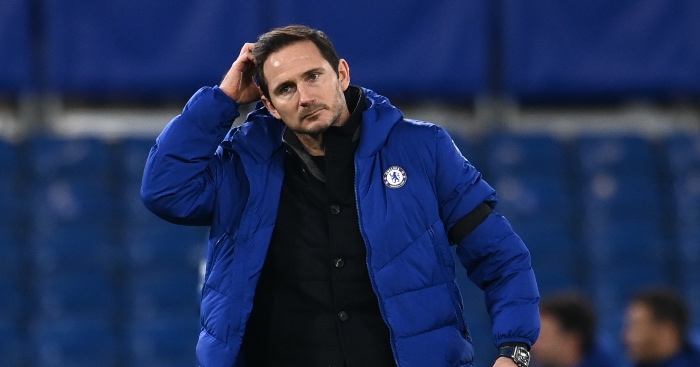 Shutting the stable door
Another day brings another tabloid journalist claiming that the Chelsea that employed Frank Lampard will stick with Frank Lampard because the Chelsea that employed Frank Lampard is different. After all, it’s just two days since Dave Kidd of The Sun argued that ‘only once in the last eight years has he (Roman Abramovich) switched managers in mid-season’, neatly choosing eight years because nine years would pull in another two managers who were sacked mid-season.

And now Martin Lipton says that ‘Trigger-happy Chelsea changed after Ancelotti axe with Abramovich no longer keen to sack bosses.. thankfully for Lampard’. Yes, how relieved he must be that Chelsea are now a club that has only employed seven ‘permanent’ managers over the last decade.

Ancelotti was the first of those seven managers and thankfully Chelsea ‘changed’ after his sacking and have only employed Andre Villas-Boas, Roberto Di Matteo, Jose Mourinho, Antonio Conte, Maurizio Sarri and now Lampard (plus two interim managers) in the last ten years. It’s all been incredibly settled. This is a much-changed Chelsea.

‘Still, absolutely, with the same expectations – to win silverware, to compete, to go close.

‘Yet without the same impatient demands, the same sense of every single match being a potential reason for judgement, the period when a draw was viewed as little more than a defeat which earned a point.

‘And a club which, despite all the efforts to portray it as having a revolving door to the manager’s office, is actually far more stable than most.’

Actually, there need be no ‘effort to portray it as having a revolving door to the manager’s office’. It takes no effort at all – just a glance at a Wikipedia page that confirms that no manager bar Mourinho has been allowed to take charge for more than two seasons. If it looks like a revolving door, it probably is a revolving door.

Lipton then writes that the mistake of sacking Ancelotti changed everything at Chelsea. Indeed. They only went through three managers in the next two years. A lesson was clearly learned.

‘That did not mean that every subsequent manager was not judged harshly.

‘Andre Villas-Boas and Roberto Di Matteo, in particular, will unquestionably tell you otherwise.

‘But it meant that there needed to be REAL reason to dispense with a manager mid-season, even one that was under-performing.’

Ah, there needs to be a REAL reason. Like with Di Matteo, who ‘pertinently, had only got the job by default and would have been binned in the weeks after “that” night in Munich if Pep Guardiola had been keen to come’. So their REAL reason for sacking Di Matteo in November was that they actually wanted to get rid of him in the summer. Sounds incredibly stable.

Lipton then describes how Mourinho was only sacked (the second time) when there was a real fear of relegation.

‘But that had set the new normal. Managers would be given time to fail.

‘So Antonio Conte, whose relationship with senior figures – and plenty of his players – became toxic, saw out his second season before leaving.’

How low is the bar at Chelsea when allowing a manager to complete a second season after winning the title is seen as virtuous patience?

‘And Maurizio Sarri, who never sold “Sarriball” to the fans – and did deliver the Europa League despite that – completed his first and only campaign at the helm even if it was abundantly clear he was not a natural fit.’

Extraordinary that a man who never allowed Chelsea to drop lower than sixth and delivered a top-four finish and a trophy was allowed to stay in the role for a whole season. A whole season! Chelsea really do have massive supplies of patience.

(At this point we must direct you towards a very angry piece from Lipton himself in May 2019 in which he argued that Sarri’s ‘tenure will and should be cut short this summer, whatever plays out over the next few weeks’. Oddly, there was no sense less than two years ago that Chelsea were no longer ‘trigger-happy’).

Lipton then hails the job done by Lampard since his appointment, while neatly claiming that any blame for this season should be shared. So what would it take for Chelsea to act – against all the evidence of their recent patience, of course – and remove Lampard?

‘An absolute car crash in the next few weeks, a drop into the nether regions of the Prem table, an embarrassing FA Cup exit or thumping by Atletico Madrid could bring things to a head earlier.

‘In all probability, though, as Lampard knows, he will be given the rest of the campaign, to prove his worth. The right to be judged by what he has done.

‘That is the reality of the new Chelsea. Still beyond demanding. But no longer an almost impossible job.’

So Lampard will be given until the end of the season unless Chelsea a) drop down the table, b) lose to Morecambe in the FA Cup or c) get thumped by Atletico Madrid. All of which sounds perfectly reasonable and all of which we could have assumed without feeling the need to pretend that this is a club that no longer sacks managers.

They absolutely do. They just haven’t sacked this one. Yet.

Derby day
Mediawatch rarely finds time to foray into the world of Derbyshire Live but we were taken there by a Google search for Lampard. The clever sods. With talk of Frank Lampard being in danger at Chelsea, the fine folk of Derbyshire have spotted an opportunity. A big opportunity.

‘Explosion’, you say? That sounds serious. And definitely something Abramovich should know.

We scanned through 17 paragraphs of pretty vacuous copy (sample: ‘He set up home here, enjoyed morning jogs around Chaddesden and sampled the Derbyshire Dales in all their glory’) before we reached any hint of ‘explosion’. But then this…

‘The poor run of two wins in 11 – including four straight defeats at one stage – coincided with an injury to Mason Mount. Mount returned and things gradually started to improve before he exploded into form with a hat-trick against Bolton and Derby’s fortunes followed suit.

Ah, so it wasn’t even Lampard’s explosion. It was Mason Mount who ‘exploded’ with a hat-trick. Oh wow. So the ‘clear sign to Chelsea owner Roman Abramovich’ is that everything will be fine as soon as Mount returns to fitness, even though he has actually been fully fit and playing in a series of damaging defeats.

And that’s final!
‘OLE FALLS AT FINAL HURDLE’ – The Sun.