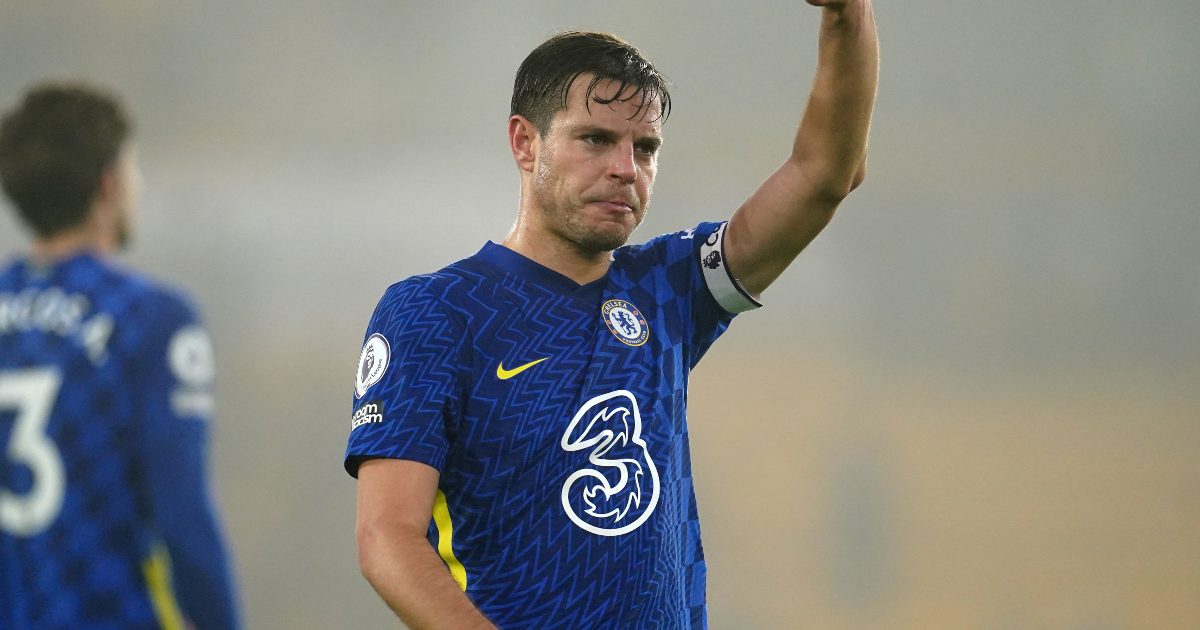 The Chelsea defender’s future is in doubt as his current deal is set to expire in the summer. Thiago Silva penned an extension on Monday, but Antonio Rudiger and Andreas Christensen are also out of contract in June.

Azpilicueta joined the Blues in 2012 from Ligue 1 outfit Marseille. He has been an ever-present for the English side over the past ten seasons.

F365 says: Lukaku should not apologise for Sky Sports ‘noise’

The 32-year-old has played just short of 450 times for Chelsea. He has won the Premier League and Europa League on multiple occasions.

Azpilicueta also helped them lift the Champions League last season. He has regularly featured this season as he has played 20 times across all competitions.

Trippier looks set to join Newcastle United for around £25m. Spanish outlet AS are reporting that Azpilicueta is Simeone’s “favourite” choice to replace the Englishman.

The report adds that the Chelsea star is “already being considered” by Atletico Madrid. They are willing to pay a fee for him this month.

Elsewhere, Chelsea host Tottenham in the first leg of their Carabao Cup semi-final on Wednesday. Spurs are managed by ex-Blues boss Antonio Conte. The Italian is looking forward to returning to Stamford Bridge:

“I spent two amazing seasons, I created a lot of friendships at the club, we did a really important, good job and I enjoyed working there.

“Also because I have to thank Chelsea because they gave me the possibility to work in England and have my first experiences in England.

“Now, for sure, I’m the manager of Tottenham and I want to give this club 100 per cent and more to try to improve the team. It’ll be good and for sure I’ll have emotion to come back to Stamford Bridge.”

Conte went onto admit that Spurs are not close to making their first January signing:

“No, but my expectation is to speak with my club and then to tell them my opinions. This is only my expectation and then the club knows after I speak to club. They will make the decisions they want to make.

“I repeat I’m a manager and I’m in a position where I have to make evaluations. It’s happened and now I’m waiting to speak with the club to tell my opinion that the club has to take the best decision for the present, for the future and this situation is very simple.”