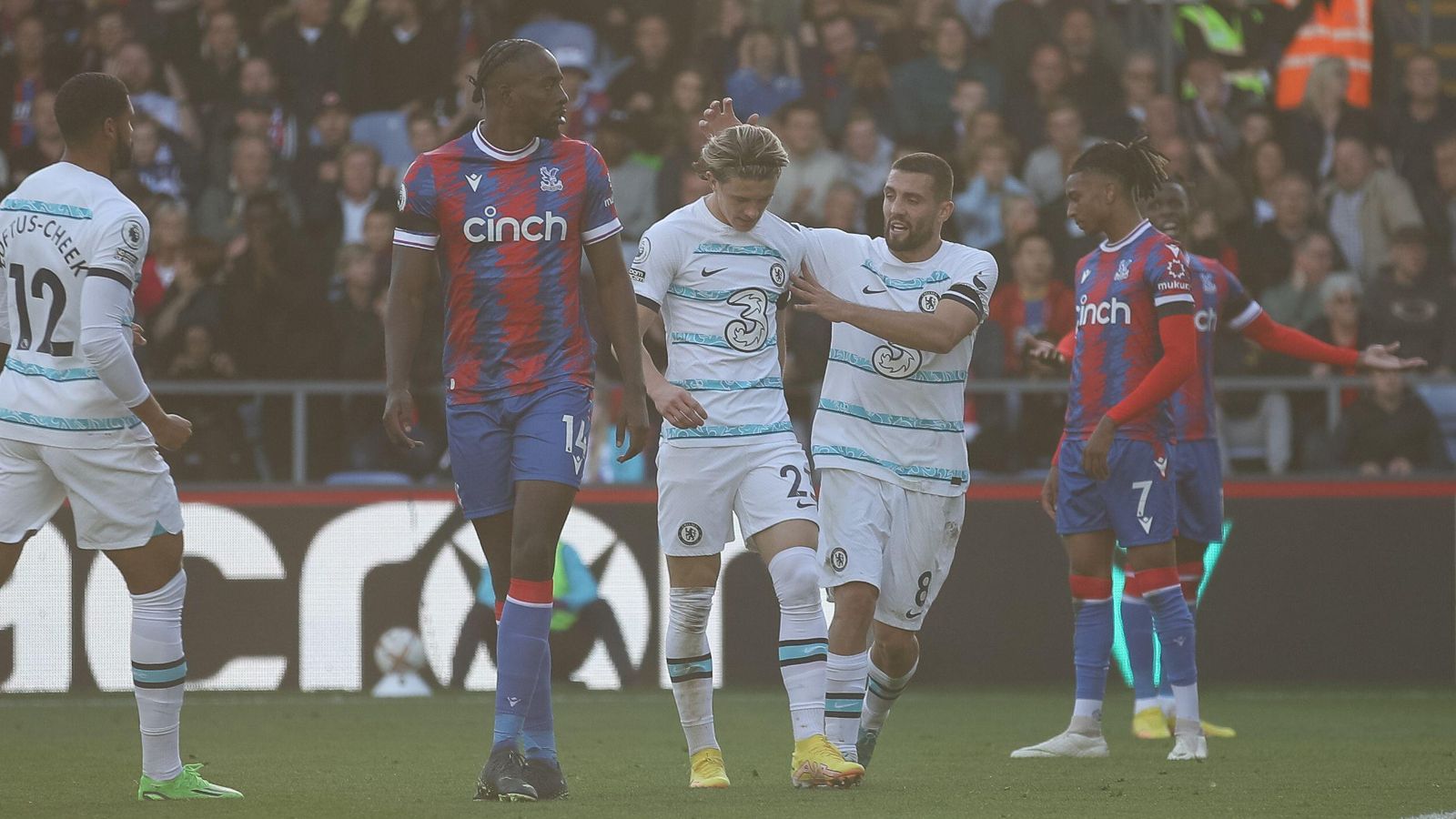 Chelsea midfielder Conor Gallagher has revealed that he has been told by Graham Potter that he has a “really important role” to play in the coming weeks.

Gallagher has not started either of Potter’s first two games in charge but the Englishman came off the bench to score a stunning winner against former club Crystal Palace on Saturday.

“He said I’ve got a really important role and I need to keep working hard, remembering who I am and what I am best at, and when given the chance to be as effective as I can be,” Gallagher told the Chelsea website about his initial discussion with Potter.

“I just need to keep impressing the manager. There’s a lot of top players in the Chelsea squad so it’s not going to be easy to get the game time I want.

“But I’m going to do my best to show that I’m ready and I want to be as effective as I can when given the opportunity.”

Gallagher, who was omitted from Gareth Southgate’s England squad for their final Nations League games ahead of the World Cup, had a hugely successful loan spell at Palace last season.

The 22-year-old returned to Selhurst Park to haunt Palace as his superb 90th-minute strike gave Chelsea a 2-1 victory, and secured Potter’s first win.

Gallagher said: “When I was on the bench I was thinking please just get me on, I’ve got a feeling.

“It is a special moment for me to score my first goal for Chelsea, an amazing feeling, it is a boyhood dream of mine, and of course it had to come against Palace.

“To score my first goal is massive, just to get that confidence back up a little bit and hopefully I can push on now.”

Potter stated post-match that Gallagher will “get his chances” to play for Chelsea before the World Cup:

“We’ve got a really intense period coming up,” said Potter. “We’ve got 12 games in six and a half weeks so we need everybody. It’s impossible to play with 11 players, so Conor will get his time, he’ll get his chances, he’ll get opportunities to perform.

“Like I said, we have to try to help the team perform in a good way that all individuals can play well, and then England, that’s something out of my control.”

Potter added: “I really like him. He’s fantastic. First of all, he just gives everything every day, desperate to do well, desperate to play for Chelsea, desperate to be successful here, so that’s a great starting point.

“And then it’s about finding the right balance for him to play in the team, for the team to perform maximally, that helps all the players but in terms of Conor as a person he’s been A1.”