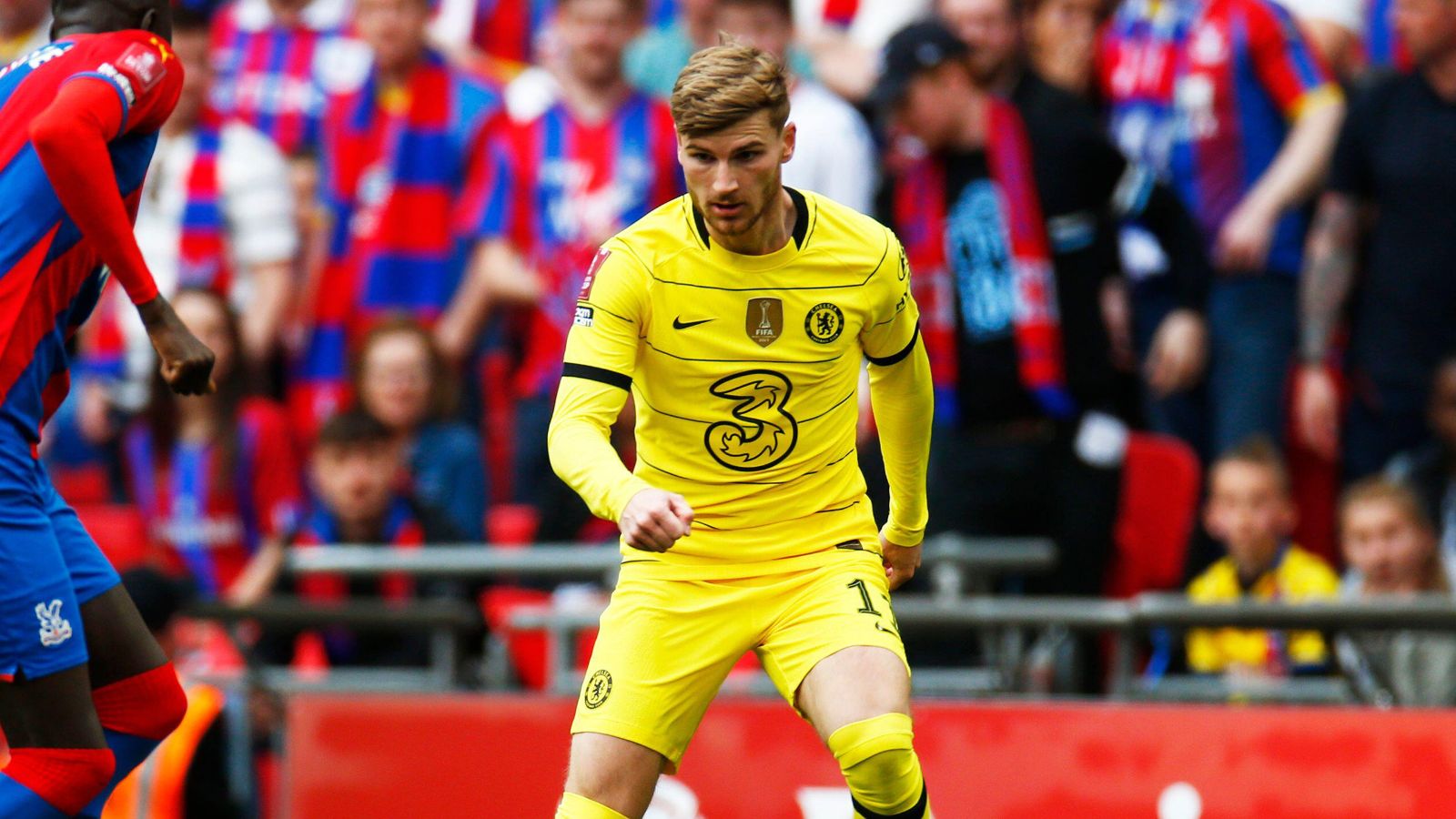 Chelsea forward Timo Werner has revealed that a move to Liverpool was a “big possibility” for him prior to his move to the Blues.

The forward’s reputation grew while he was playing in the Bundesliga with RB Leipzig. He scored 34 goals in 45 games for them in 2019/20.

This tempted Chelsea to activate his £47.5m release clause to sign him ahead of the 2020/21 campaign.

Werner has been criticised at times over the past two seasons as he has only impressed in fits and starts for Chelsea. He started as they beat Man City in the Champions League final last year.

The Blues face Liverpool in the final of the FA Cup on Saturday afternoon.

Ahead of this game, Werner has confirmed that Liverpool were keen to sign him and that it “was not the worst decision” to sign for Chelsea:

“The only thing I can say is [Liverpool] have a German manager,” Werner told the Evening Standard. “I have known him for many years before, because when I was in Stuttgart, he talked about going to Dortmund. Then I played not so well, so it was done.

“When I was in Leipzig, I had the possibility to come to the Premier League. Liverpool were also in my thoughts and were a big possibility for me, but at the end I decided for Chelsea and I won the Champions League title last year. It was not the worst decision.”

On Klopp, Werner added: “He is one of the best coaches we had in Germany.

“Not to attack our manager, but over the past years he won the most titles. He has a very nice personality — a personality that the German people love, because he seems like fun.

“The Germans love the types like Thomas Muller, Jurgen Klopp — they have empathy. They say what they think, and that is really important in this business, to not fake something.

“He’s real. He is a funny guy and also, with his power on the sideline, he tries to bring the people with him. That’s what we Germans like.”