Giroud has won multiple trophies with Chelsea but could now leave following the arrival of Timo Werner. 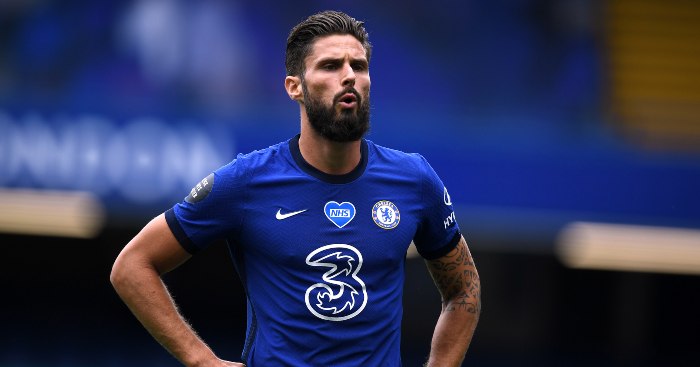 Olivier Giroud is close to leaving Chelsea this season after reportedly agreeing a provisional contract with Italian side Juventus.

The France international is expecting less game time this campaign following the arrival of Timo Werner from RB Leipzig.

Werner is one of seven signings that manager Frank Lampard has made to improve his squad.

And now Giroud could make way after agreeing a contract with Juve, according to Sky Sport Italia (via Goal).

Giroud is believed to have agreed a provisional two year deal with the Italian champions, which would see him potentially finish his career in Turin.

Juve and Chelsea are expected to agree a £5 million deal for the 33-year-old in the near future.

If the deal goes through, the Frenchman will provide backup for Juve forward Cristiano Ronaldo. He’ll replace the departing Gonzalo Higuain, who is in talks with Inter Miami after being told he isn’t part of the club’s plans going forward.

Higuain had a relatively poor campaign by his own standards last season. He scored eight goals and assisted four more in 32 Serie A appearances, compared with 16 goals and six assists the season before.

Giroud will offer Juve manager Andrea Pirlo with an extra option going forward. He can hold the ball up and chip in with goals when required.

Despite spending quite a bit of time on the bench last season, the striker scored eight goals in 18 games in the Premier League as the Blues finished fourth.

Lampard will still have options going forward even if Giroud leaves Stamford Bridge in the coming weeks. Werner will likely be his first choice up front and Tammy Abraham will provide backup off the bench.

It’s a huge season for Chelsea as they look to break into the top two of Liverpool and Man City. Their summer signings will provide extra pressure on Lampard to deliver.