Giroud intends to stay at Chelsea for a couple of years before moving abroad eventually, with the MLS an option. 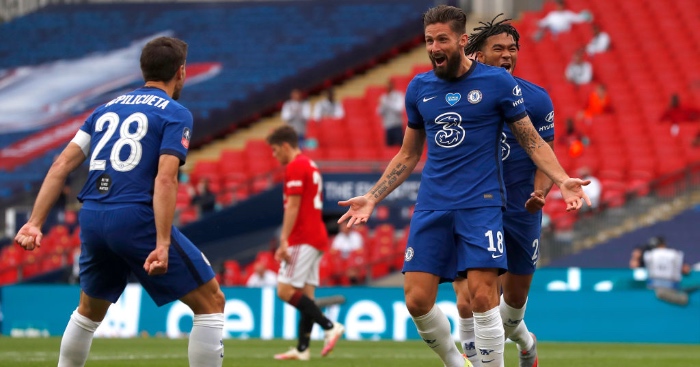 Chelsea and France striker Olivier Giroud is hoping to play in the MLS after leaving Chelsea in ‘two or three years’ time.

The 34-year-old is nearing the end of his career but he plans on staying at Stamford Bridge for now.

And now, speaking to French outlet RMC Sport (via Goal), the player has downplayed the likelihood of a return to France while also stating his aim to play in America.

He said: “Honestly, a return to France is not my priority. It is not my priority career choice. I do not exclude anything, but if I have to change course, I am currently more focused on a new adventure in a foreign league.

“I hope to play at the highest level for two or three more years if my body allows me. Afterwards, I never hid an interest in a possible challenge in the United States. It was relevant a few months ago, but it was much too early.

“I’ll think about it. I was also close to signing in Italy, I know that the Italians like experienced players. I won’t deny myself anything. It will be above all a question of opportunities at that moment.”

It looks like Giroud is set for a stint in either America or Italy once he decides that his time is up in England.

For now though, he will remain part of Lampard’s squad for the forthcoming season. Chelsea will be aiming for a top four finish at least, following their incredibly successful transfer window.

They spent around £220 million on a host of new stars, including Kai Havertz from Bayer Leverkusen and Hakim Ziyech from Ajax.

Their most recent signing was keeper Edouard Mendy from French club Rennes for £22 million.

Giroud’s next game will be for France during the international break. They play Ukraine in the UEFA Nations League tomorrow evening.