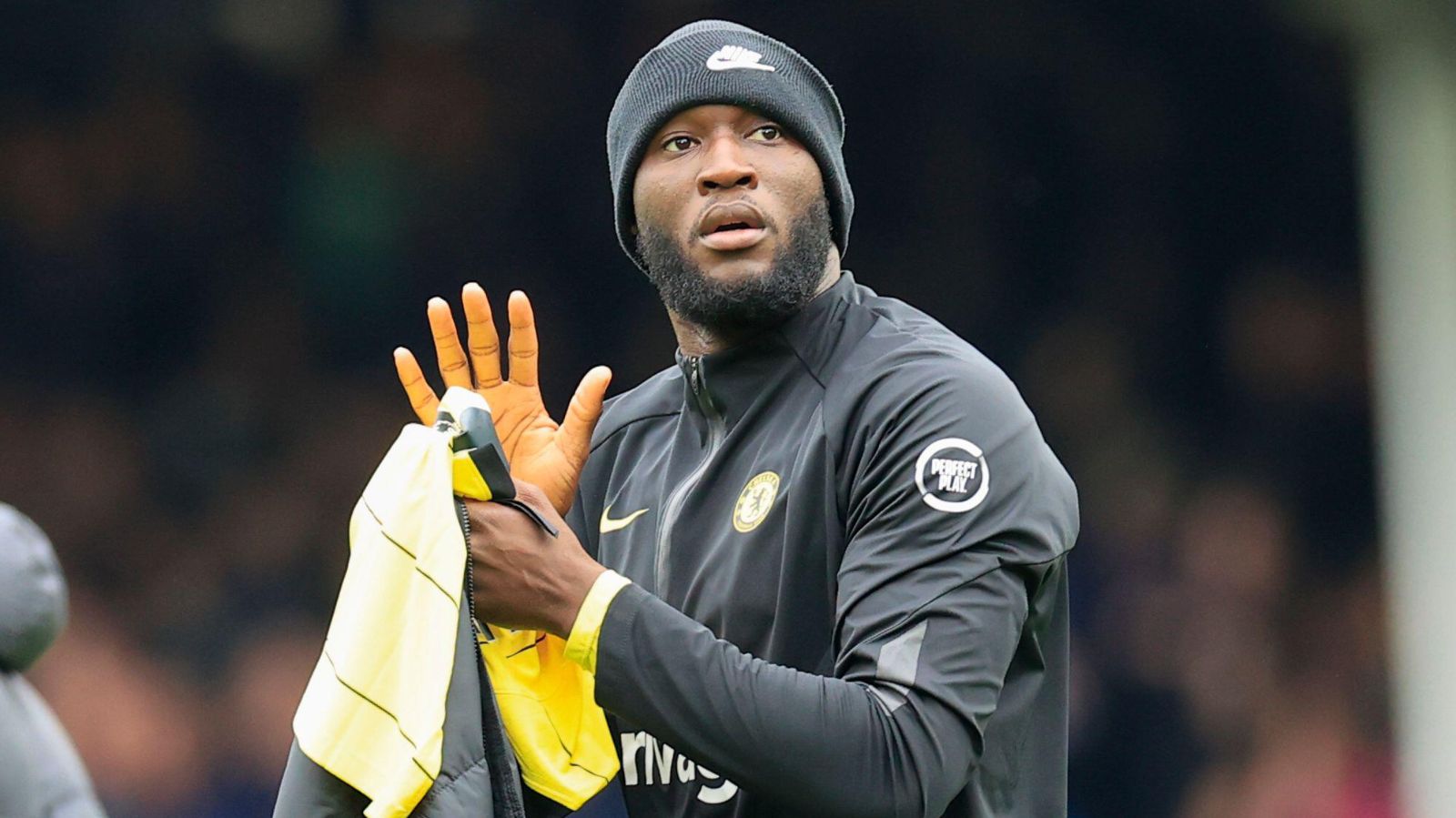 According to reports, Chelsea forward Romelu Lukaku will ‘reject interest’ from Serie A side AC Milan and Eddie Howe’s Newcastle United.

Lukaku returned to the Blues last summer. They paid around £97.5m to get him from Inter Milan.

The 28-year-old grabbed 24 goals and eleven assists last season for Milan in Serie A.

It was hoped that Lukaku could help Chelsea challenge for the Premier League title this season. He has struggled for the Blues though.

The Belgium international has only scored five goals in 23 league games. He has fallen down the pecking order in recent weeks as he has only started 25 games across all competitions this season.

The Evening Standard are reporting that Lukaku ‘will reject any interest’ from AC Milan and Newcastle United this summer.

The Magpies are one of few clubs able to afford Lukaku’s fee and £300,000 a week wages, but he ‘would not entertain’ a move to Newcastle.

His status at Chelsea is unclear as there are ‘major doubts over whether he can convince Tuchel to build his attack around him.’

Elsewhere, Frank Leboeuf has tipped Chelsea winger Christian Pulisic to leave the club this summer if he thinks his treatment has been “unfair”.

In a tweet which has since been deleted, Mark Pulisic wrote on Twitter: “The sad thing is he [Pulisic] loves this club, teammates, and London.… puts his heart and soul into being a pro. Onwards and upwards my boy… big 6 months ahead…”

And now Leboeuf thinks there is a possibility that Pulisic could leave in the summer transfer window unless he steps up his game.

When asked if Pulisic could leave in the next transfer window, Lebouef told ESPN: “Yeah, it’s possible. In don’t know if it’s sad or not.

“He never seems to be essential to any of the coaches, whether at Borussia Dortmund or Chelsea.

“I think he has the pressure of a country behind him ahead of a World Cup because he’s the [USA] captain. But in Europe we don’t seem him as a real leader or the guy who’s going to save Chelsea.

“It is what it is. He still has the time to be stronger but if he thinks it’s unfair then yeah, he should leave Chelsea. Or fight for your spot because the frontline has been a mess for more than a year.”