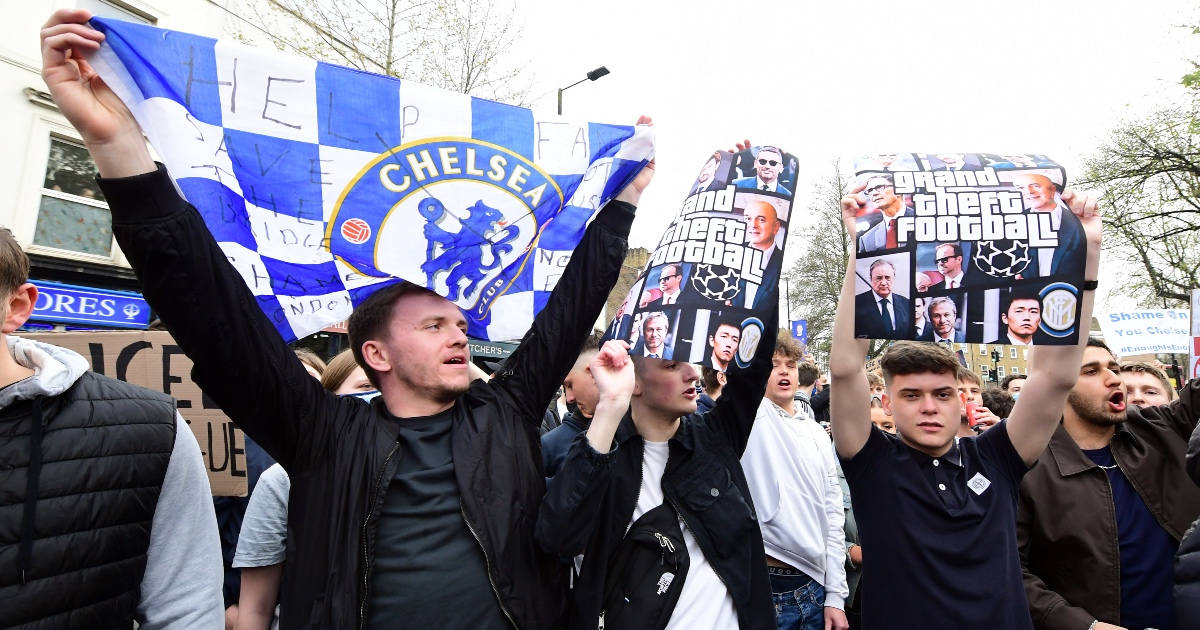 Chelsea have announced their board meetings will have supporters present from July 1.

The Blues were one of the 12 clubs involved in the failed European Super League, which sparked fan protests across the country.

Just 48 hours later they were one of the first clubs to leave the ESL, alongside Manchester City. Further steps are now being taken at Stamford Bridge to prevent that kind of saga from happening again.

FEATURE: Man Utd under the Glazers – the ridiculously frightening numbers

Three supporter advisors will be elected to attend board meetings so that general fan sentiment is considered by the club’s hierarchy.

A statement read: “Chelsea Football Club announces that, as from 1 July, there will be supporter presence at the club’s board meetings.

“The club will now consult with the Fans’ Forum and several non-official supporter groups to discuss the club’s proposed process for picking the three supporter advisors.

“Criteria for nominations as well as final selection will ensure that the supporter presence is representative of our supporter base generally and is inclusive and diverse. A new selection will be made before the start of each season.

“The successful candidates will be required to enter into a confidentiality agreement, similar in scope to the confidentiality obligations of a member of the Chelsea Football Club board of directors. This will allow the club to discuss and seek advice on a broad range of matters.”

Supporter advisors will not have voting rights or participate in meetings relating to players, staff or the academy but if the advisors complete the year successfully by attending all the required meetings, they will be entitled to select a UK registered charity to receive a contribution of £2,500 from the club.

The move comes after the Chelsea Supporters’ Trust called for complicit board members to resign in the aftermath of the ESL scandal.

Fans, pundits and former players were outraged by the way the breakaway competition was devised behind their backs.

Juventus chairman Andrea Agnelli and Real Madrid president Florentino Perez are still hoping it will go ahead in the future. But with fan voices so clearly in opposition, it’s hard to see how such a competition would ever get the necessary backing.