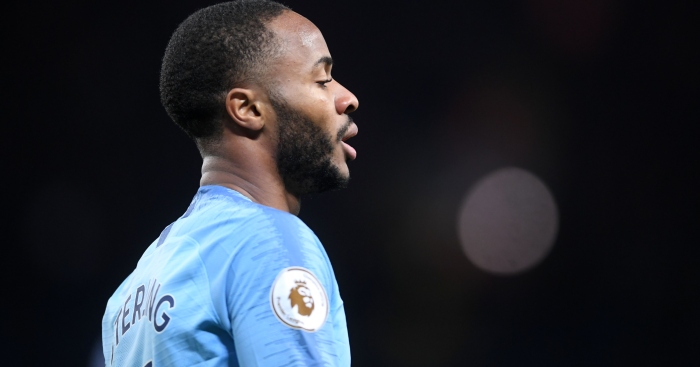 Chelsea have announced they have suspended four people from attending their games, pending further investigations into the allegations about the behaviour of fans towards Raheem Sterling.

Sterling confirmed on Sunday that the abuse he had been subjected to in Manchester City’s 2-0 defeat at Stamford Bridge was at least partially racially motivated, and that he “just had to laugh” because he expects “no better”.

Chelsea have identified some of the fans involved and the club is cooperating with police.

A statement published on the club’s official website read: “Chelsea Football Club has suspended four people from attending Chelsea matches pending further investigations into allegations regarding the behaviour of supporters towards Raheem Sterling during our match against Manchester City on Saturday.

“Our investigations into this matter are ongoing. We are fully supporting the police investigation and any information we gather will be passed on to them.

“Chelsea Football Club finds all forms of discriminatory behaviour abhorrent and, if there is evidence of ticket holders taking part in any racist behaviour, the club will issue severe sanctions, including bans. We will also fully support any criminal prosecutions.”

City say they welcome Chelsea's suspensions. They add: 'Manchester City and Raheem are committed to working with all relevant parties and organisations to support the objective of eradicating racism from the game.’