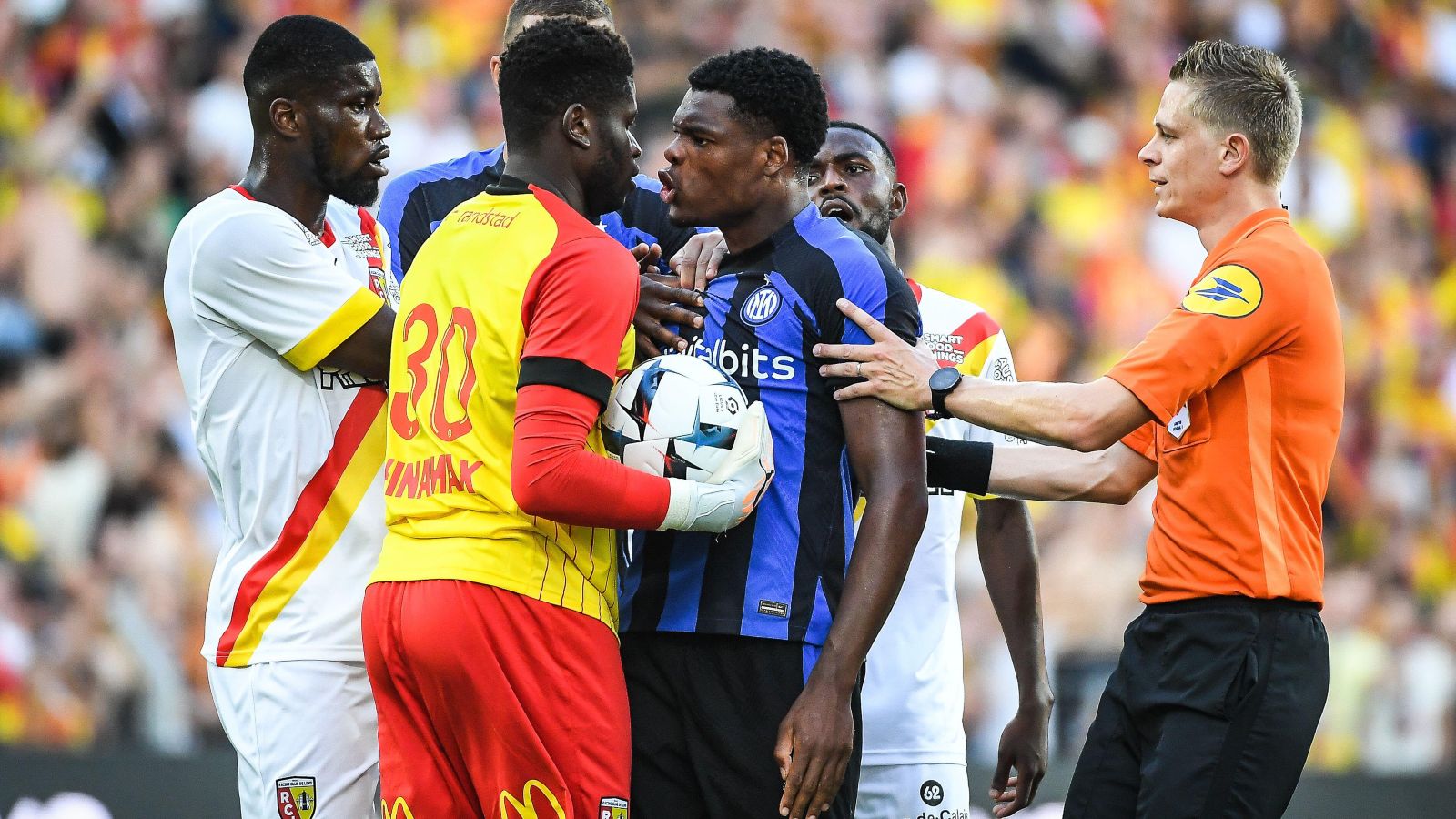 Chelsea are concentrating their efforts into signing Inter Milan defender Denzel Dumfries with the Premier League club set to miss out on Jules Kounde, according to reports.

The Blues have so far signed Raheem Sterling and Kalidou Koulibaly as new owner Todd Boehly looks to provide the reinforcements Thomas Tuchel needs for a Premier League title challenge next season.

Business has been tough for Chelsea this summer, with Boehly not completing his takeover of the club until the end of May, and Bruce Buck and Marina Granovskaia both leaving the club in June.

They have missed out on Robert Lewandowski, Raphinha and now Sevilla defender Kounde to Barcelona this summer as the Catalan giants continue to torment them in the transfer market.

Widespread reports now indicate that Kounde has chosen Barca over Chelsea despite the La Liga side remaining short on Sevilla’s valuation of the centre-back.

Barcelona are also looking to sign Marcos Alonso and Cesar Azpilicueta, while they have already snapped up Andreas Christensen on a free transfer from Stamford Bridge this summer.

With a deal for Kounde now looking dead in the water, the Evening Standard claims that Chelsea ‘are switching focus’ to Inter Milan wing-back Dumfries.

And recent report in the Italian press insisted that Manchester United are ‘ready to make an offer’ for Dumfries but they could now have competition from their Premier League rivals.

Dumfries only started 21 of his 33 Serie A appearances last term as he was in and out of the team but he did manage to contribute five goals and four assists.

Not only are Chelsea interested in Dumfries, they also want Inter centre-back Milan Skriniar after they also missed out on signing Matthijs De Ligt – who joined Bayern Munich from Juventus – and Manchester City defender Nathan Ake.

But the Serie A runners-up would ‘prefer to sell Dumfries’ over Skriniar after Torino centre-back Gleison Bremer joined rivals Juventus instead as De Ligt’s replacement.

Inter Milan are comfortable with their depth at right-back after signing Raoul Bellanova on loan from Cagliari and that could help pave the way for Dumfries to leave.

Chelsea boss Tuchel is desperate for reinforcements in several areas, especially after seeing his side lose 4-0 to Arsenal in a pre-season friendly at the weekend.