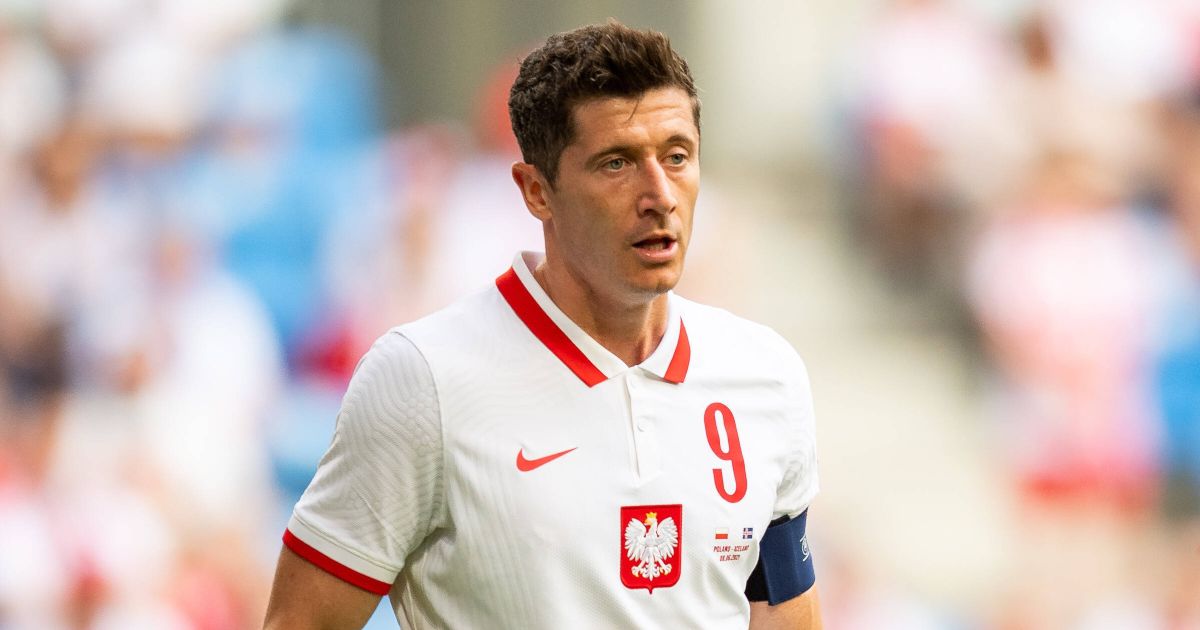 Chelsea have made an offer to sign Bayern Munich striker Robert Lewandowski this summer, according to reports.

The striker is set to lead the line for Poland at Euro 2020, but has refused to rule out the prospect of leaving the German giants after the international tournament.

Despite beating Manchester City to win the Champions League last month, Thomas Tuchel is reportedly set to be handed a big pot of transfer money this summer to improve his Chelsea squad; a new striker is thought to be their top priority.

Timo Werner has failed to deliver the goals expected of him in his first season with the club, leading the Blues to be linked with a variety of top striking talent.

Erling Haaland, Romelu Lukaku and Harry Kane have popped up as possible options but Lewandowski has been linked again this weekend.

Spanish publication AS mainly concentrate on Real Madrid’s interest in the 32-year-old – who scored 41 Bundesliga goals in 29 matches this season – but reveal that Chelsea are one team to have made Lewandowski an offer.

The Poland international is ‘open to the possibility of changing of scene and facing new challenges’ with the Bayern striker thinking ‘it is the perfect time to get to know another culture and another league’.

PSG are interest too as they are searching for ‘a guaranteed striker’ with Manchester City and Manchester United also credited with interest.

However, Lewandowski’s ‘dream has always been to play for Madrid’ with AS adding: ‘Despite Bayern’s initial refusal to sell him, the unpredictable movements of the summer keep Madrid on their toes, even with a view to the summer of 2022, when they only have one year left on their contract.’

Meanwhile, Chelsea could have to give up on another target with Inter Milan defender Achraf Hakimi apparently agreeing terms with Paris Saint-Germain.

Italian website Tuttomercato claim that Chelsea ‘has entered and in turn has put Emerson Palmieri and [Andreas] Christensen on the table but Hakimi already has an agreement with PSG for eight million net’.

Inter want €80m in cash to part with the Moroccan full-back with the Serie A side’s owner looking to raise funds this summer.