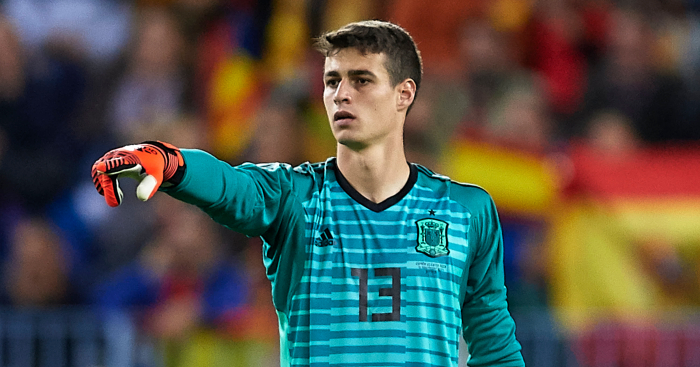 David Luiz has defended the world-record fee Chelsea are set to pay to sign Kepa Arrizabalaga.

Kepa is expected to join Chelsea before Thursday’s Premier League transfer deadline after he activated his release clause at Athletic Bilbao.

The 23-year-old will now fly to London to finalise a deal that will make him the most expensive goalkeeper ever.

“He is a great keeper, that is why everybody is talking about him,” Luiz told reporters. “The financial side – every club in the world spends money, not just Chelsea.

“The numbers don’t matter, we are happy because Chelsea are always doing the best for the club.

“When you play for Chelsea you have to think about titles, it doesn’t matter the name of the competition. We have to always try to win.

“That has to be the mentality of every single player when you play for a big club like Chelsea. We are going to fight for that.”