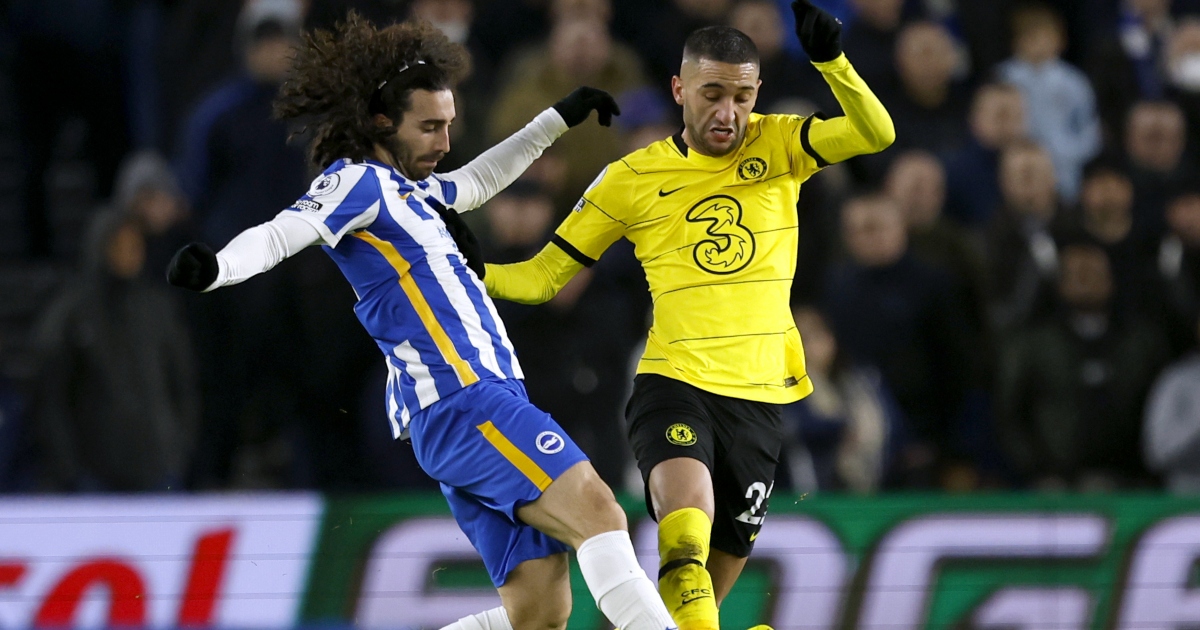 Chelsea are interested in signing Brighton wing-back Marc Cucurella as a replacement for Marcos Alonso, according to reports.

The 23-year-old joined Albion from Getafe last summer for a fee in the region of £16m.

He slipped straight into Graham Potter’s starting XI and has been a mainstay in his team all season.

Five Prem players who could be capped by England in 2022…

Having made 23 appearances in all competitions so far, Cucurella is already attracting interest from elsewhere.

According to Goal, the Spaniard has emerged as a Chelsea ‘target’ as Thomas Tuchel looks to improve his wing-back options.

However, a move for the Brighton man ‘hinges on Alonso’s future’. The Blues player has now entered the final 18 months of his contract.

Chelsea looked at signing Marc Cucurella before we signed Ben Chilwell. Interesting to hear he is a target again now, per @NizaarKinsella pic.twitter.com/1ucncW9hFW

Alonso has been an inconsistent performer for Chelsea since joining the west London club in 2016.

He has featured heavily this season due to Ben Chilwell’s late return from Euro 2020 duty with England, as well as the 25-year-old’s long-term injury sustained in November.

Meanwhile, Chelsea winger Hakim Ziyech has announced that he does not plan to play for Morocco again following his bust-up with Vahid Halilhodzic.

Ziyech was not included in Morocco’s squad for the African Cup of Nations, which concluded on Sunday evening.

Speaking in September, Morocco boss Halilhodzic claimed that Ziyech “refused to work” when he was last part of the squad.

“I will not return to the national team, and this is my final decision,” the Chelsea man said.

“I am focussing on what I am doing with my club.

“Everyone has seen what happened in the last period.

“I am sad but this is my final decision.

“The coach of the national team made his decision, and in any case I respect it. My focus now, as I said, is only on Chelsea.”