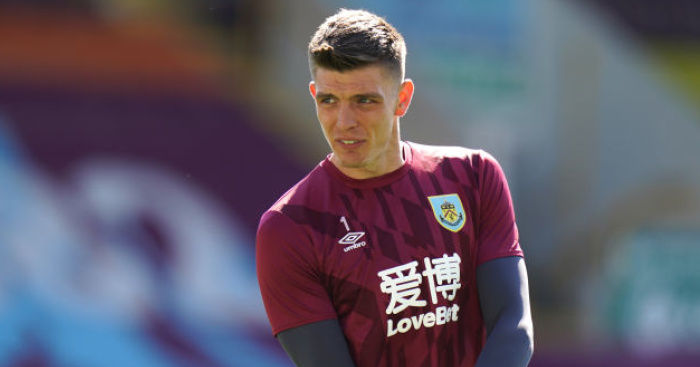 Chelsea have decided on Nick Pope as the man to solve their goalkeeping woes, according to the Daily Star.

The Burnley shot-stopper has had an impressive season, registering 15 clean sheets in 38 Premier League appearances.

And Frank Lampard looks set to bid for the 28-year-old England international who will reportedly cost around £50 million.

Pope has three years left on his contract which means the club will not be looking to sell.

However, it’s believed that the player is open to a move to an elite club as he aims to establish himself as the England number one.

If Pope were to play in the Champions League with Chelsea, it would surely boost his chances of playing at next summer’s European Championships.

Lampard is keen to replace the troublesome Kepa Arrizabalaga as he’s had a torrid campaign. The Spaniard has the worst save percentage in Premier League history and has failed to convince Blues fans that he is their long-term number one.

Kepa is supposedly worried about being ‘axed’ from the club as he may not be given much chance to prove himself next season.

The London club are also lining up Barcelona’s Marc-Andre ter Stegen as a potential replacement. The German has been in fine form at the Nou Camp and is seen as one of the world’s top goalkeepers.

Another option for the Blues is Man Utd’s Dean Henderson, who has just finished a successful debut season in the Premier League with Sheffield United.

The England keeper will not come cheap, however, and may be kept on by United as the long-term successor to David De Gea.

Meanwhile, Chelsea are still in pursuit of Bayer Leverkusen’s Kai Havertz as they continue to transform their front line. The club has already brought in Timo Werner and Hakim Ziyech to provide competition for Tammy Abraham, Willian and Olivier Giroud.