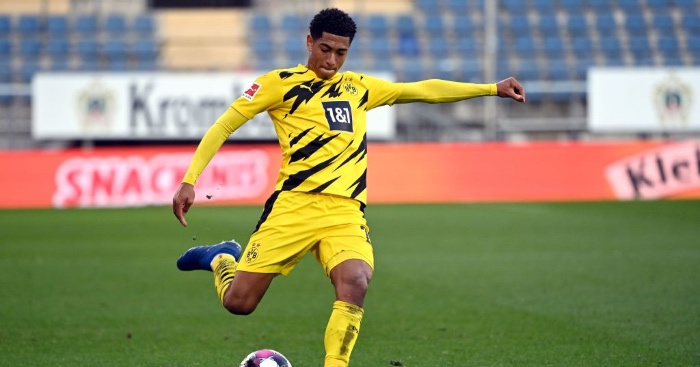 The Blues have been monitoring West Ham’s Rice for a long time.

They see him as a future star at Stamford Bridge who could partner Kai Havertz and N’Golo Kante in midfield.

West Ham’s determination to keep the Englishman has now led to Chelsea looking at alternatives.

One option being touted is Bellingham, who moved to Germany from Birmingham in July.

According to Eurosport, Blues officials are looking at a deal for Bellingham next summer.

His potential means he could be targeted instead of his compatriot Rice.

The 17-year-old recently made his debut for England, becoming the third youngest player in history to do so.

He’s made a good start to life in Germany, too. He’s formed a great partnership with Jadon Sancho and has appeared 11 times already this campaign.

His development means he could be the subject of a huge Premier League bid in summer 2021.

Bellingham’s potential is viewed as one of the highest in the Bundesliga.

That’s why the German side paid £25 million for an unproven young player earlier this year.

It’s unclear what this means for Chelsea’s pursuit of Rice.

Last week reports emerged that Chelsea boss Frank Lampard was willing to sell two players in order to land him.

They’re willing to offload two players from the likes of Jorginho, Marcos Alonso and Antonio Rudiger. That would increase their transfer funds.

If Bellingham becomes their main target, the Blues will have to spend big. Dortmund will be unwilling to sell Bellingham for anything less than £50 million.

Alongside Sancho and forward Erling Haaland, the teenager is one of the brightest prospects on their books.