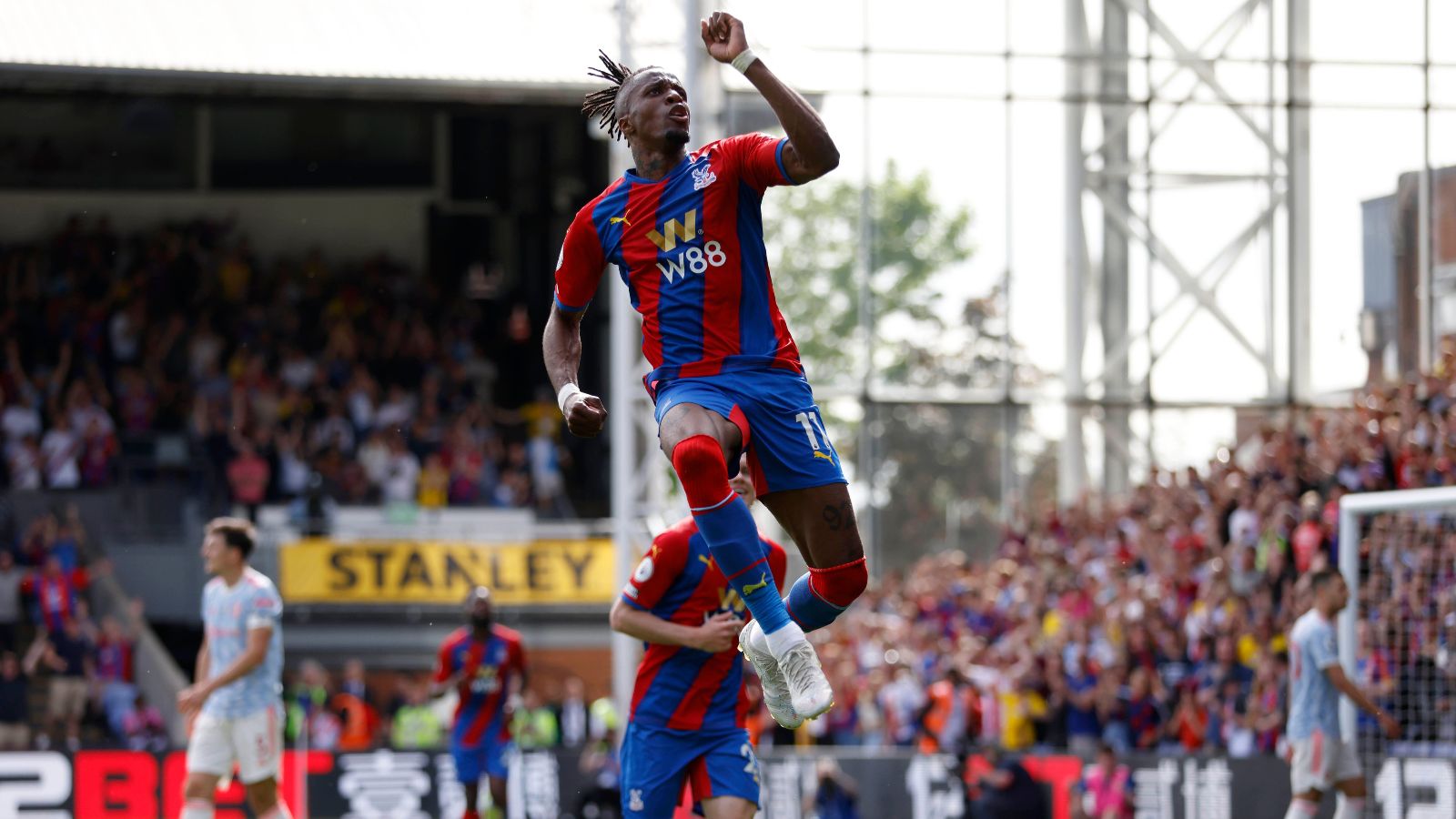 Chelsea are reportedly considering a move for Crystal Palace talisman Wilfried Zaha, which could see a Blues player move in the opposite direction.

Thomas Tuchel has seen his attack bolstered by the arrival of Raheem Sterling this summer, but with Romelu Lukaku leaving for Inter Milan on loan and now Timo Werner completing his return to RB Leipzig for £25m, further reinforcements may be required.

READ MORE: Ranking last season’s opening day results by how misleading they turned out to be…

Chelsea had agreed a fee with Leeds for Raphinha earlier in the summer, only to be snubbed by the Brazilian, who has instead joined Barcelona.

And reports suggest they are still keen to add a winger to their ranks, as well as a central striker, before the end of the window.

According to 90min they are ‘doing their homework on Zaha’, who has entered the last 12 months of his contract at Selhurst Park.

Few transfer windows pass without the Ivory Coast international being linked with a move away but he’s appeared more settled than in previous years this summer.

But the report states that ‘sources close to the player have indicated he would like the chance to play Champions League football’ and ‘he is understood to be on the list of Chelsea co-owner Todd Boehly’.

Palace were reportedly open to discussing a new deal with Zaha but ‘realise this summer is the last chance they have to cash in on their star turn’.

90min also claim Palace are ‘interested in a number of Chelsea players who could be included in a deal’.

They remain keen Conor Gallagher, who so impressed under Patrick Vieira last term, but are also interested in a move for Callum Hudson-Odoi.

The Blues winger has reportedly told the club he wants to leave in search of more consistent game time.

Hudson-Odoi didn’t even make the bench for Chelsea’s opening day win over Everton, but Palace will reportedly face competition from a number of clubs.

Borussia Dortmund, Newcastle, West Ham, Leicester, Southampton and Everton are among a reported 20 teams to have registered an interest in the 21-year-old.

But Palace may be able to move ahead of those rivals for his signature given Chelsea’s pursuit of Zaha.

Transfer expert Fabrizio Romano said on Tuesday that there are ‘no advanced negotiations yet’ from Chelsea or any other club for Zaha as things stand, but claims he ‘may be available around £25-30m’.