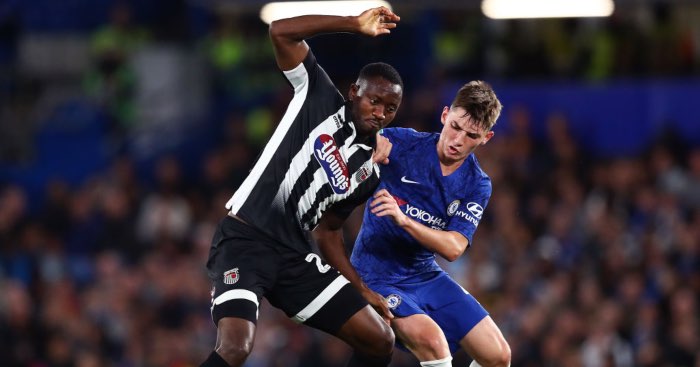 Billy Gilmour thanked Frank Lampard for putting his faith in Chelsea’s youth after a sparkling full debut against Grimsby.

The 18-year-old showed no sign of nerves as the Blues ran out thumping 7-1 winners in the Carabao Cup.

The highly-rated midfielder signed a new four-year deal this month.

So impressive was Gilmour, one of six academy graduates on the pitch by the end, that Lampard claimed the Scot “ran the game from midfield”.

It was high praise from a man with Lampard’s midfield pedigree and a reward for Gilmour’s dedication on the training ground.

“I was really delighted to get my first start here, to walk out in front of the fans and to get a win,” said Gilmour.

“When you walk into the changing room and see your shirt there, for any young boy it is a great feeling but to know you are starting is totally different.

“You are focusing on the game constantly the day before, thinking what you are going to do, but it was a really good feeling to be out there.

“My game is about getting on the ball and starting play and that is why I started because I have been training well and doing well in games, and the gaffer has told me just to play how I play and he believes in me.

“Obviously when all the younger boys from the youth and the under-23s go out to train, the manager says he has faith and trusts us.

“When we go into training we’re not just sitting out, we are part of the team and everyone knows each other so it is a good vibe at the training ground.”

The teenager also drew praise from Cesc Fabregas, the man Gilmour idolised as he advanced through the youth system at Stamford Bridge.