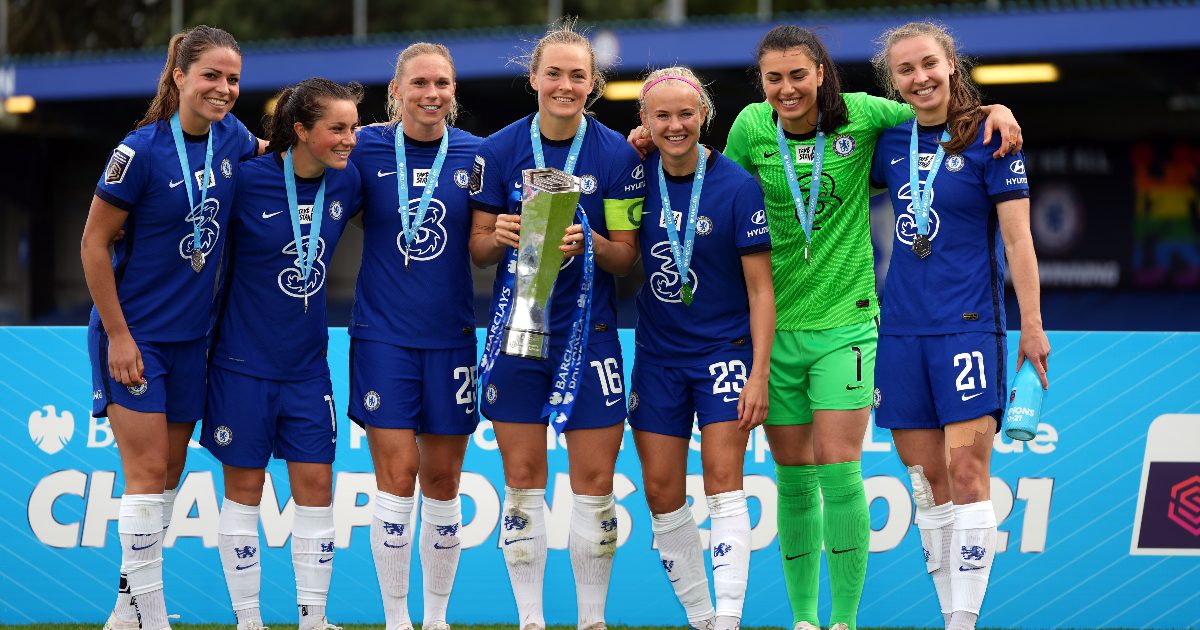 Chelsea women hammered Reading women 5-1 on the final day of the Women’s Super League campaign to secure the title.

On an afternoon when Chelsea knew victory would secure a record fourth league crown regardless of what happened elsewhere, they never looked like relinquishing their grip on the trophy.

The leaders got off to the perfect start with a little more than a minute gone when Germany international Melanie Leupolz emphatically dispatched Jess Carter’s corner with a first-time shot, and they doubled their lead two minutes before the break when Kirby exchanged passes with strike partner Sam Kerr and fired home.

Victory and the title were effectively secured 12 minutes into the second half when Kerr once again set up Kirby to score her 16th league goal of the campaign, and the former returned the favour 19 minutes from time for Kerr to make it 4-0 with her 21st of the campaign.

Substitute Erin Cuthbert bundled home a fifth four minutes later to wrap up the points and set Chelsea up perfectly for next weekend’s Champions League final showdown with Barcelona.

Manchester City finished second for the fourth successive season after a 1-0 win at West Ham which might have been significantly more comprehensive had it not been for Mackenzie Arnold.

The Hammers keeper saved penalties from United States internationals Sam Mewis and Rose Lavelle to keep her side in the game, although Ellen White’s near-post finish from Lucy Bronze’s cross ultimately won the day.

At the other end of the table, Inessa Kaagman killed off Bristol City’s survival hopes as Brighton eased to a 3-1 win at the People’s Pension Stadium.

City, who needed to win to stand any chance of avoiding the drop having managed that previously only twice all season, pulled a goal back through Abi Harrison with 29 minutes still to play, but Kaagman’s strike sealed their fate.

Their demise came as a relief to Aston Villa and neighbours Birmingham, who started the day knowing one of them could go down if results went against them.

Villa ended their campaign with a creditable 0-0 draw with Arsenal – their fifth in a row – which prevented the Gunners from recording a 10th successive league win but not tying up third place and European qualification.

Keeper Lisa Weiss was the heroine after making a first-half block from Vivianne Miedema and a stoppage-time save from Jill Roord.

City, who have not won a league game since the turn of the year, went down 1-0 at the Autotech Stadium courtesy of Graham’s 71st-minute strike.

An early goal from Ella Toone and a late one from Kirsty Hanson handed Manchester United a 2-0 win over Everton and fourth place, just a point adrift of Arsenal.