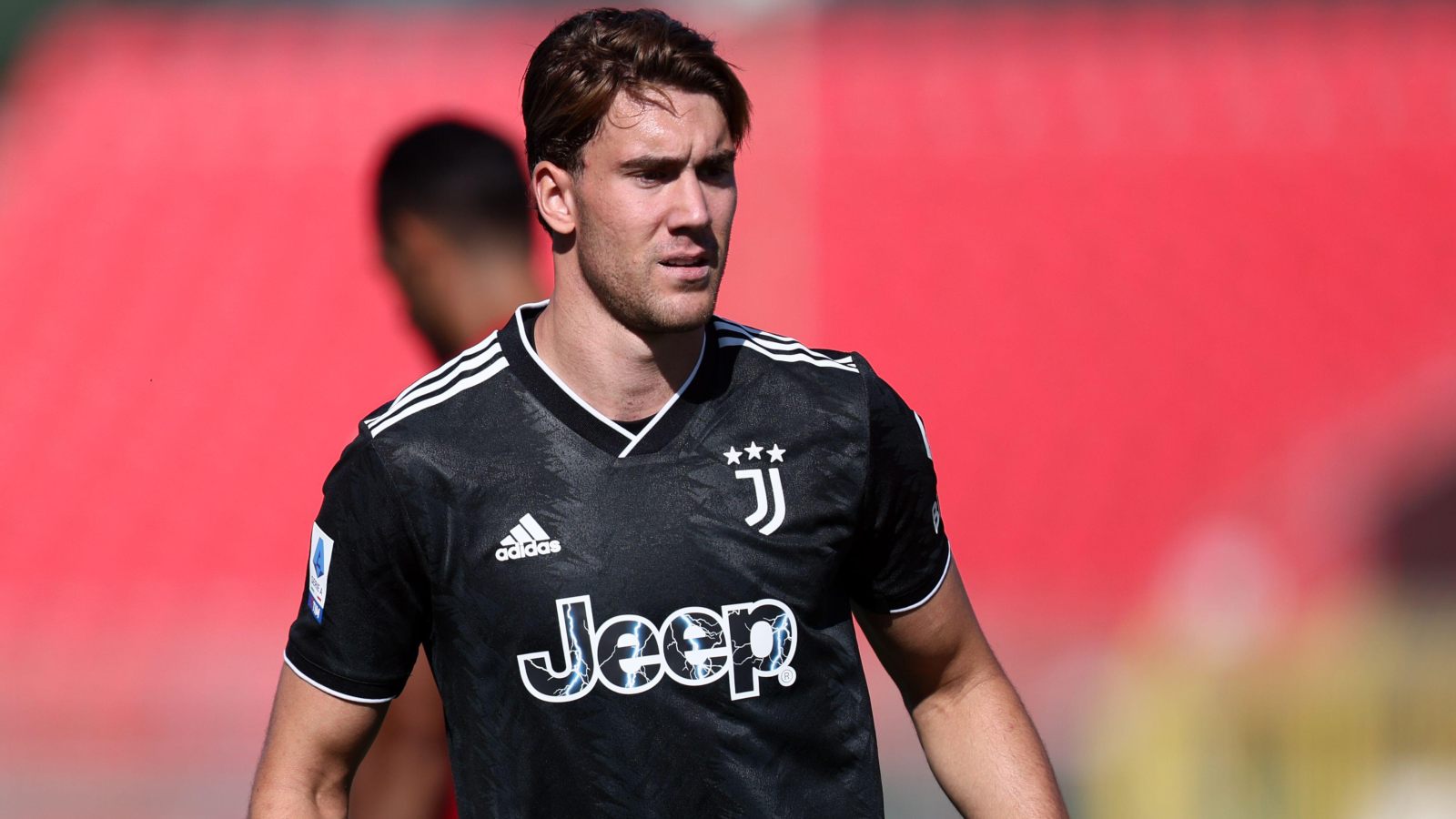 Chelsea have been put forward as a possible destination for Dusan Vlahovic, who has been ‘literally a disaster’ for Juventus.

Vlahovic moved to Juventus from Fiorentina for £75m in January having been heavily linked with Arsenal before that.

The 22-year-old has scored 15 goals in 32 appearances for the Old Lady, including five in eight Serie A games this term.

But some of his displays have been less than convincing and the Italian press were particularly damning after the 2-0 defeat to AC Milan on Saturday, describing Vlahovic’s display as ‘literally a disaster’.

The Calciomercato headline, as per Sport Witness, read: ‘Disaster and goodbye Juventus: €100m to change the future’.

The report adds that the striker ‘can leave’ in the summer window with Chelsea put forward as a possible destination, along with Bayern Munich and Paris Saint-Germain.

Juventus would love €100m as they look to rebuild their squad, but that may prove to be overly opimistic given what they paid for him and his apparent struggles since.

The signs for one player who’s already made the move from Juventus to Chelsea are ‘worrying’ according to Fabrizio Romano.

Signed while Thomas Tuchel was still at the helm, Denis Zakaria hasn’t even featured on the bench under Graham Potter.

Romano said: “It’s not been easy for Denis Zakaria – he looked set to stay at Juventus before Chelsea decided to go for him in the final few hours of the transfer market. Chelsea signed him on loan with a purchase option of €20m, plus €4m in add-ons.

“I’m told this deal will be discussed again because the situation is worrying – he’s not playing, he was wanted by Thomas Tuchel and he planned to have him as a starter. Still, under Graham Potter he’s not playing, he’s not even on the bench. This is why the clubs and player will speak again, because at the moment this deal makes no sense for anyone involved.

“And let’s see what Chelsea will do in midfielders in January or next summer. They wanted Frenkie de Jong in the summer and Jude Bellingham will be on the market next summer, with many clubs interested.”

MAILBOX: Jurgen Klopp is unsackable while Arsenal can only really target top four