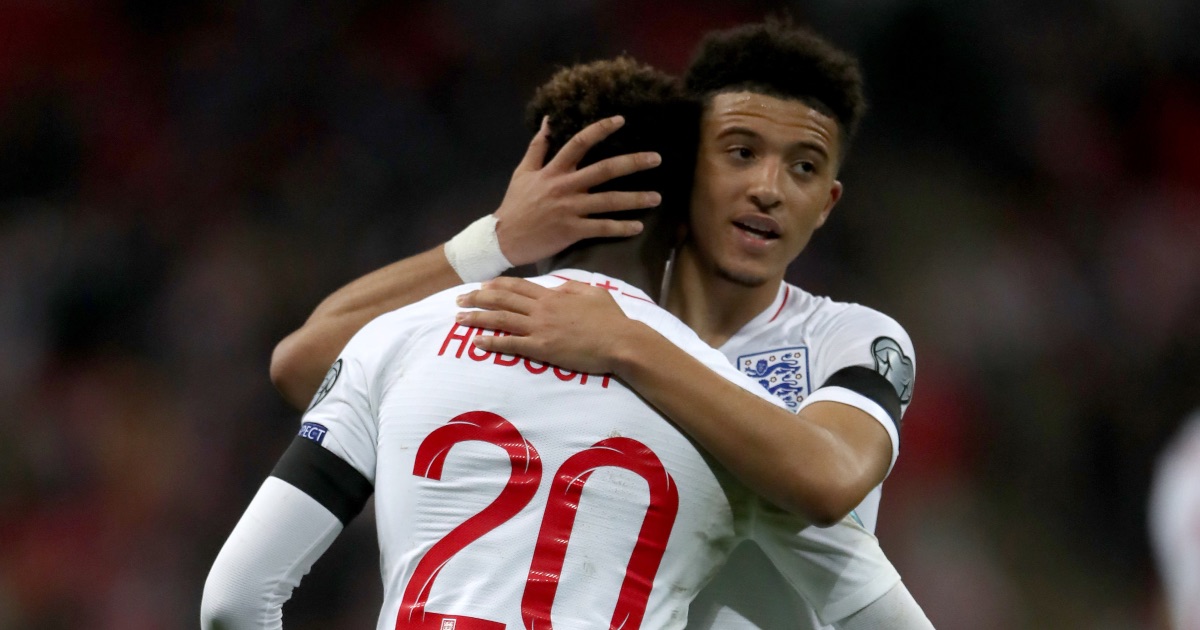 Chelsea are ready to allow Callum Hudson-Odoi to leave for Borussia Dortmund, if the deal involves Jadon Sancho moving the other way.

Hudson-Odoi started four of Thomas Tuchel’s opening five Premier League games in charge, but has since fallen out of favour under the German.

The Blues academy graduate was a previous £50million target of Bayern Munich, but Chelsea decided at the time to keep hold of one of their hottest young prospects.

But it now appears the club are willing to part with the 20-year-old, amid interest from Bayern’s Bundesliga rivals, Borussia Dortmund.

The Daily Mail claims they will listen to offers for Hudson-Odoi, should any deal include Sancho – a long-term target of Manchester United – moving to Stamford Bridge.

United meanwhile, have reportedly drawn up a plan to make Sancho their ‘mega-signing’ this summer.

Ole Gunnar Solskjaer and football director John Murtough met on Thursday after the Europa League final defeat to Villarreal, with a potential move for Sancho said to be most eagerly discussed.

But Chelsea’s Champions League final victory may well have given the edge over their rivals in the transfer market, with Sancho just one of 13 players linked with a move to west London.

On the prospect of adding to his squad, Tuchel said: “Two or three could be very, very good. It’s a constant thing to never deny change.

“Then you always bring new energy, new guys who question the old beliefs, who challenge everybody in the training and in matches. I think it’s a good thing.

“We don’t need a complete turnover because it’s also our job to keep on improving. We have still a young squad that is capable of growing and evolving. But we have some ideas, of course, to make the group stronger.”

Bayern could also revive their interest in Hudson-Odoi, according to BILD.

The report claims a move is “possible”, with a season-long loan mooted as an option that would suit all parties.

And talks between Chelsea and Bayern over Hudson-Odoi could open the door for further discussions over transfers, with Robert Lewandowski “curious” amid links with a move to Stamford Bridge.