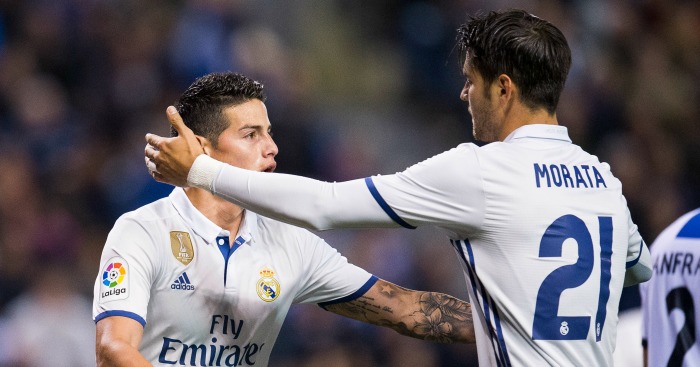 Just when you thought Manchester United had agreed a £62m fee for Alvaro Morata, reports in Spain say that Real Madrid are not satisfied with that offer.

Catalan paper Sport – traditionally allied to Barcelona – are claiming that Chelsea are ready to pay more for Morata. The price being quoted is £66m.

These reports are entirely at odds with the consensus of opinion that Morata is very, very close to becoming a Manchester United player.

United update. Morata done, Fabinho progressing nicely and deal close, nothing agreed with Perisic as of yet – but talks ongoing.

Not content with taking just want Real Madrid fringe player, the same newspaper repeats the claim that Chelsea are now the favourites to sign James Rodriguez, with that transfer being priced at over £70m.

But reports in the London Evening Standard dispute that claim, saying ‘it is unlikely Chelsea will agree such a sum for a fringe player’.