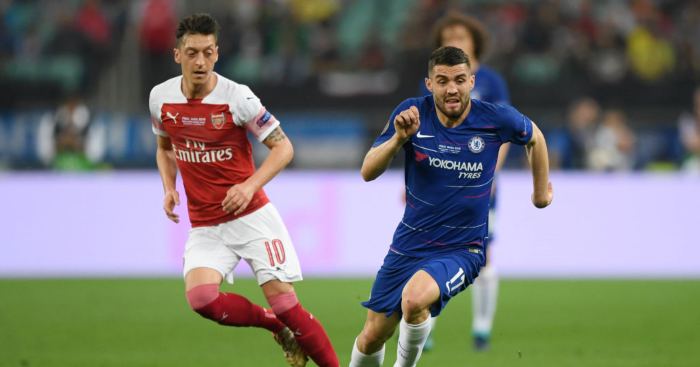 Mateo Kovacic is likely to return to Chelsea on a permanent basis next season after the club struck an agreement with Real Madrid, according to reports.

Kovacic spent this past season on loan at Stamford Bridge, and as a result could remain at Chelsea beyond this summer regardless of the outcome of their FIFA-imposed transfer ban.

The uncertainty surrounding Chelsea before Maurizio Sarri’s eventual departure to Juventus as their new manager, threatened to derail a deal for Kovacic with the club ‘having second thoughts’.

However, Sky Sports claim on Thursday that their sources have told them that the Blues have ‘reached an agreement with Real Madrid’

Chelsea need to finalise a permanent transfer for Kovacic before June 30 as that is when his player registration runs out at the club.

Explaining how Kovacic can still sign despite Chelsea’s transfer ban, Sky Sports News reporter Kaveh Solhekol said: “Kovacic was on loan at Chelsea last season from Real Madrid and as part of his loan agreement there was a clause giving Chelsea the option to make the move permanent for £45m before June 30.

“And it looks like Chelsea have exercised that option and sign the Croat on a permanent deal.”