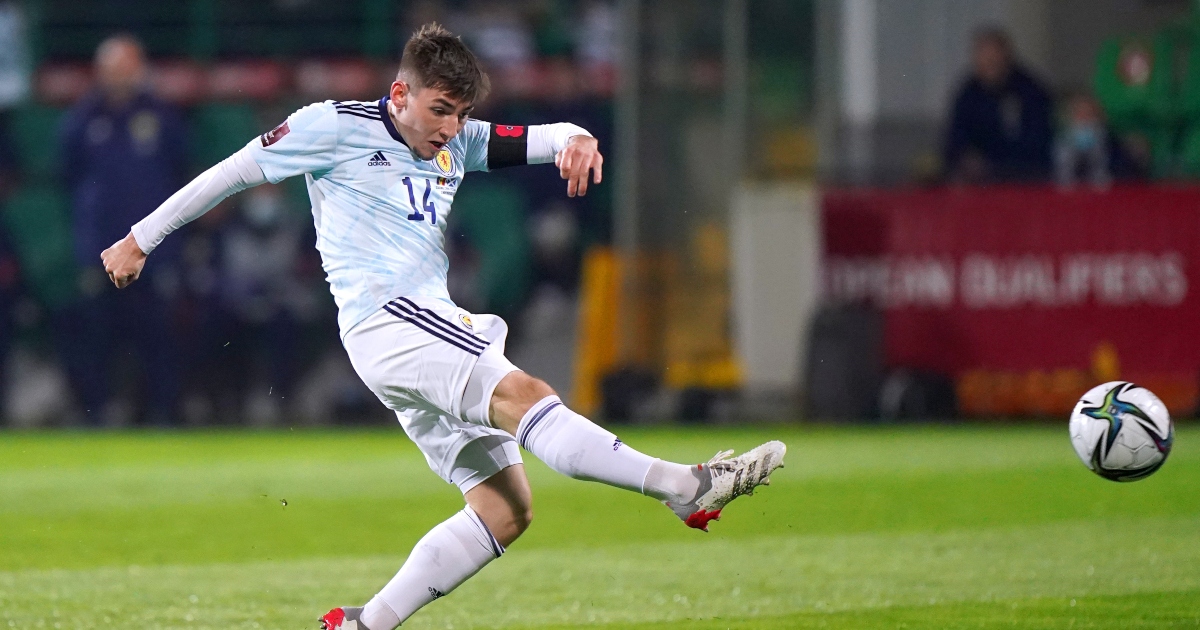 Chelsea will make a decision on whether to recall Billy Gilmour from his loan spell at Norwich in January according to Thomas Tuchel.

Gilmour has struggled for minutes at Norwich, falling out of favour under Daniel Farke. The German manager has since been sacked by the Canaries.

Dean Smith looks set to take over at Carrow Road and it remains to be seen whether Gilmour can force his way back into the starting line-up for the Premier League strugglers.

The midfielder started for Scotland on Friday, his first start since the last international break.

Now, Chelsea boss Tuchel has revealed the Blues will wait until January before they make any decision on the Scottish youngster.

Speaking to the Official Chelsea website, Tuchel said: “We’ll take the decision in January, when the decision has to be made, not now.

“The things were clear when we decided together that he is looking for more minutes and more game time in another club. The challenge was clear that he needs to fight his way through.

“Right now things are not going as he maybe wishes and we all wish for, but now is not the moment to already give solutions and cancel the whole project.

“Sometimes these weeks and months arrive when the situation seems to be stuck or it seems not to go the right way. You have to hang in there, you have to show your quality and you have to make sure you help your team, no matter where it is. That sharpens your character. That will be making a big chapter in your career.

“For me right now it is not the moment to already give solutions for January and open the talks to bring him back. Now it is November and there is still a lot of time to prove that he has enough quality to help Norwich to be a better team.”

Elsewhere, Paul Merson believes Steven Gerrard could be Liverpool manager as soon as next week.

“Aston Villa is a stepping stone to Liverpool for Steven Gerrard and if things go his way he could even be at Anfield this time next year. Stranger things have happened.

“If Steven Gerrard does well at Villa in the Premier League then surely he is the first one Liverpool would turn to.”