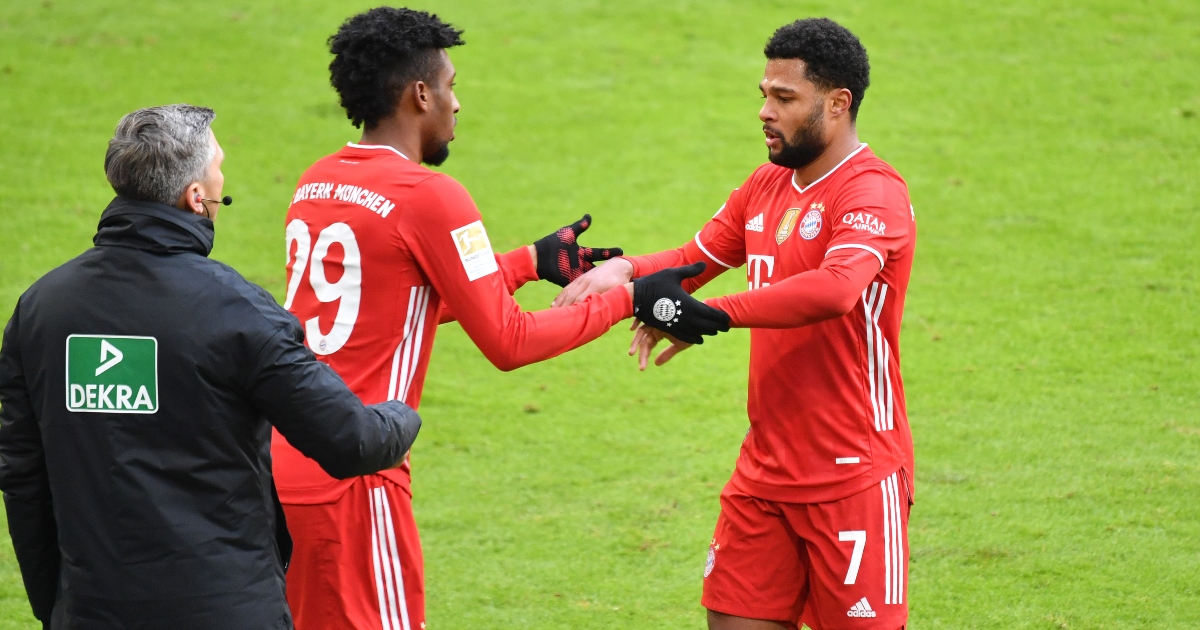 Chelsea could offer Callum Hudson-Odoi to Bayern Munich in exchange for winger Kingsley Coman, according to reports.

It is rumoured that Blues boss Thomas Tuchel is a big admirer of Coman, who could leave Bayern this summer.

The Frenchman is under contract at the German club until 2023 and has gained interest from Chelsea and Liverpool.

Rather than lose the winger for a lesser fee next summer or for free the year after, the Bundesliga champions could cash in this transfer window.

Bayern value Coman at around £77million but would be lucky to receive such a fee amidst a coronavirus pandemic impacted market.

However, the France international could be open to a move due to the level of competition within the Bayern ranks.

He is currently competing with Leroy Sane and Serge Gnabry for a spot in the team, with Thomas Muller and Robert Lewandowski also ahead in the pecking order.

A swap deal involving Hudson-Odoi is being considered according to L’Equipe.

The six-time Champions League winners have been linked with the Chelsea man in the past, reportedly having a £70m bid rejected in 2020.

Amidst the interest in Coman, Bayern’s chief executive Oliver Kahn is said to be ‘optimistic’ about tying the ex-Juventus man to a new contract.

The winger has a wealth of experience, scoring the winning goal in the 2020 CL final against Paris Saint-Germain.

He has also won the league with every club he has played for, which could be a good omen if he comes to Stamford Bridge.

Since joining the PSG first-team squad in 2013, he has an incredible record of winning a league title in every single season of his senior career.

The 25-year-old has 200 appearances for Bayern, scoring 41 goals and assisting a further 50.