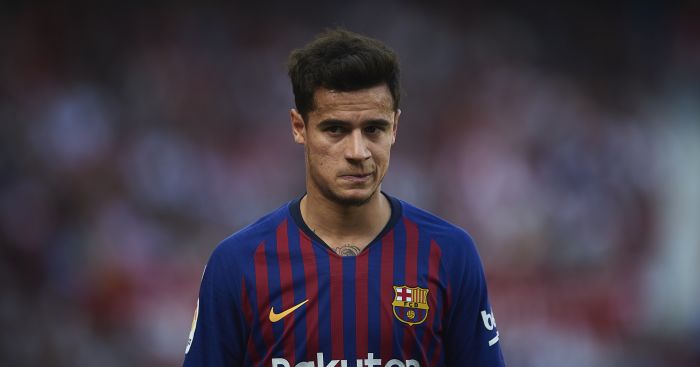 Chelsea will agree a deal to bring Philippe Coutinho to Stamford Bridge if the transfer ban imposed on them by FIFA is lifted.

According to Sport, Chelsea have identified Coutinho as the ideal replacement for Eden Hazard, who continues to be linked with a big money move to Real Madrid.

Chelsea expect Hazard to move to the Bernabeu this summer, but will only sell if they can gain €100m from the transfer. And if they are given the green light to sign players by FIFA, they want to reinvest the money straight away into former Liverpool star Coutinho.

Coutinho’s move to Barcelona has not all gone to plan, despite the Brazilian midfielder scoring against Manchester United in the Champions League this month.

Rumours of a return to England refuse to go away, with United themselves keen on taking the playmaker back to the north of England.

Chelsea retain hope that they can beat them to Coutinho’s signature though, having appealed FIFA’s decision to impose a transfer ban upon them.

Sport points to similar sanctions taken against Coutinho’s present club Barcelona in 2016 – the Catalan club’s own transfer ban was delayed upon appeal, meaning if the same happens at Stamford Bridge, Chelsea will be able to acquire Coutinho this summer.